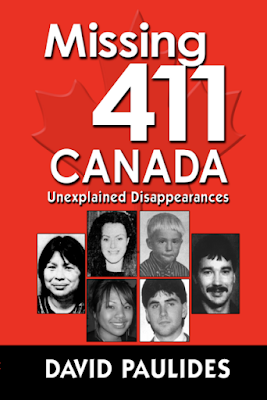 I recently finished reading David Paulides’s new book, “Missing 411-Canada: Unexplained Disappearances,” and I found it to be just as thought provoking and disturbing as the other eight books he’s published about mysterious missing persons cases.

Published late last year, “Missing 411: Canada” is the ninth book in Paulides’s series on bizarre disappearances, and it is the only book in the series dedicated entirely to one country. This 353-page book includes dozens and dozens of missing person accounts, including information on 65 new incidents. Some of the cases in the book were featured in earlier books in the series, but they’ve been updated with new information for readers.

The case of Eva Hall is a typical case from the book. Hall was a 13-year-old berry picker, who went missing in Ontario in 1932. On Aug. 16 of that year, she went out to pick berries in a rural area with an extremely swampy landscape. Hall never returned and a large search party of over 400 looked for her for two days without any luck. To this day, she has never been found.

Another typical case from the book is that of 70-year-old fire tower attendant Stephanie Stewart, who disappeared in 2006 from her post in Alberta. When Stewart missed all three of her mandatory check-ins with supervisors in one day, they went to look for her they found a pot of water boiling on the stove, and a pillow, sheet and blanket missing from her cabin. Despite one of the “largest searches ever undertaken in Alberta forests” and a $20,000 reward, Stewart remains missing to this day.

I also enjoyed the portions of the book that discussed the methods and techniques used by professional search and rescue personnel. These people are highly trained, know their jobs and have access to high-tech equipment like military-grade forward-looking infrared radar (FLIR). Despite all this, they come up empty handed and scratching their heads over many of the cases in Paulides’s book.

In the end, I highly recommend this book to anyone in the reading audience with an interest in missing persons cases, the unexplained and the flat-out bizarre. If you like this book, you’ll also enjoy the other books in his series, some of which include cases from Alabama. My personal favorite in the series is “Missing 411: Hunters,” which presents readers with dozens of highly unusual cases involving hunters that have disappeared over the years. For more information about these books and to purchase a copy, visit www.canammissing.com.