Bookreporter.com names Book of the Year, Favorite Books of 2010 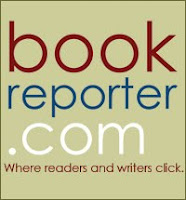 Bookreporter.com announced its Book of the Year, Series of the Decade and Favorite Books of 2010 earlier this week and today I give you a list of the books that were named in each of those categories.

First, for those of you who are unfamiliar with Bookreporter.com, it’s a Web site that is part of what’s called the Book Report Network, a group of internet sites that aim to provide “thoughtful book reviews, compelling features, in-depth author profiles and interviews, excerpts of the hottest new releases, literary games and contests, and more every week.” It claims to be the “best place online to talk about your last great read --- and find your next one.”

This year, Bookreporter.com selected Stieg Larsson’s “The Girl Who Kicked the Hornet’s Nest” as its Book of the Year.

Its Series of the Decade was Larsson’s Millennium Trilogy, which includes “The Girl with the Dragon Tattoo,” “The Girl Who Played with Fire” and “The Girl Who Kicked the Hornet’s Nest.”

Bookreporter.com’s Favorite Books of 2010 is divided into two categories, that is, picks by the Web site’s staff and picks by a group of reviewers.

Here are the 63 books picked by 14 Bookreporter staff members:

1. Anna and the French Kiss by Stephanie Perkins
2. The Art of Choosing by Sheena Iyengar
3. The Art of Devotion by Samantha Bruce-Benjamin
4. The Baseball Codes: Beanballs, Sign Stealing, and Bench-Clearing Brawls: The Unwritten Rules of America’s Pastime by Jason Turbow with Michael Duca
5. The Bird of the River by Kage Baker
6. Brontorina by James Howe
7. The Caretaker of Lorne Field by Dave Zeltserman
8. A Cast-Off Coven: A Witchcraft Mystery by Juliet Blackwell
9. Changes: Dresden Files, Book 12 by Jim Butcher
10. Chelsea, Chelsea Bang, Bang by Chelsea Handler

21. Freedom by Jonathan Franzen
22. Girl Parts by John M. Cusick
23. The Girl Who Kicked the Hornet’s Nest by Stieg Larsson
24. The Glass Rainbow: A Dave Robicheaux Novel by James Lee Burke
25. Gone ‘Til November by Wallace Stroby
26. Great House by Nicole Krauss
27. Her Daughter’s Dream by Francine Rivers
28. Her Mother’s Hope by Francine Rivers
29. Huck: The Remarkable True Story of How One Lost Puppy Taught a Family and a Whole Town about Hope and Happy Endings by Janet Elder
30. The Immortal Life of Henrietta Lacks by Rebecca Skloot

61. The War for Late Night: When Leno Went Early and Television Went Crazy by Bill Carter
62. Why I Fight: The Belt is Just an Accessory by B.J. Penn with David Weintraub
63. With a Vengeance by Marcus Wynne

Here are the 104 books picked by 14 Bookreporter book reviewers:

1. Against All Things Ending: The Last Chronicles of Thomas Covenant, Book 3 by Stephen R. Donaldson
2. The Anniversary Man by R.J. Ellroy
3. Arcadia Falls by Carol Goodman
4. As Always, Julia: The Letters of Julia Child and Avis DeVoto by Joan Reardon
5. The Athena Project by Brad Thor
6. Before I Fall by Lauren Oliver
7. Before You Suffocate Your Own Fool Self by Danielle Evans
8. The Blasphemer by Nigel Farndale
9. Bone Fire by Mark Spragg
10. The Brave by Nicholas Evans

11. By Fire, By Water by Mitchell James Kaplan
12. The Caretaker of Lorne Field by Dave Zeltserman
13. Chasing the Sun: The Epic Story of the Star that Gives Us Life by Richard Cohen
14. The Clouds Beneath the Sun by Mackenzie Ford
15. The Cookbook Between Us by Charles Martin
16. Crooked Letter, Crooked Letter by Tom Franklin
17. Daniel by Henning Mankell
18. Deeply, Desperately: A Lucy Valentine Novel by Heather Webber
19. The Desert Spear by Peter V. Brett
20. Djibouti by Elmore Leonard

41. The Hilliker Curse: My Pursuit of Women by James Ellroy
42. House Rules by Jodi Picoult
43. Hunt Beyond the Frozen Fire by Gabriel Hunt as told to Christa Faust
44. The Immortal Life of Henrietta Lacks by Rebecca Skloot
45. The Imperfectionists by Tom Rachman
46. The Infinities by John Banville
47. Innocent by Scott Turow
48. The Invisible Bridge by Julie Orringer
49. Iron River: A Charlie Hood Novel by T. Jefferson Parker
50. Just Kids by Patti Smith

51. King’s Wrath: Book 3 of the Valisar Trilogy by Fiona McIntosh
52. Kraken by China Mieville
53. The Last Stand: Custer, Sitting Bull and the Battle of the Little Bighorn by Nathaniel Philbrick
54. The Little Death by P.J. Parrish
55. The Lost Hero: The Heroes of Olympus, Book One by Rick Riordan
56. The Love Song of A. Jerome Minkoff: And Other Stories by Joseph Epstein
57. Making Toast: A Family Story by Roger Rosenblatt
58. Mary Ann in Autumn: A Tales of the City Novel by Armistad Maupin
59. Matterhorn: A Novel of the Vietnam War by Karl Marlantes
60. Memory by Donald E. Westlake

71. Our Kind of Traitor by John le Carre
72. Our Tragic Universe by Scarlett Thomas
73. Painted Ladies: A Spenser Novel by Robert B. Parker
74. The Passage by Justin Cronin
75. Port Mortuary: A Scarpetta Novel by Patricia Cornwell
76. The Rehearsal by Eleanor Catton
77. Rescue by Anita Shreve
78. Rescuing Oliva by Julie Compton
79. Roast Mortem: A Coffee House Mystery by Cleo Coyle
80. Room by Emma Donoghue

81. Scent of the Missing: Love and Partnership with a Search and Rescue Dog by Susannah Charleson
82. The Secret Life of Emily Dickinson by Jerome Charyn
83. The Shadow of Your Smile by Mary Higgins Clark
84. Shadow Tag by Louise Erdrich
85. Snowbound by Blake Crouch
86. The Spy: An Isaac Bell Adventure by Clive Cussler and Justin Scott
87. Still Midnight by Denise Mina
88. Stiltsville by Susanna Daniel
89. A Stranger in Mayfair by Charles Finch
90. Stress Fracture by D.P. Lyle

91. Super Sad True Love Story by Gary Shteyngart
92. The Taken: A Hazel Micallef Mystery by Inger Ash Wolfe
93. To the End of the Land by David Grossman
94. Towers of Midnight: Book 13 of The Wheel of Time by Robert Jordan and Brandon Sanderson
95. Truly, Madly: A Lucy Valentine Novel by Heather Webber
96. Tutankhamun: The Book of Shadows by Nick Drake
97. Under Heaven by Guy Gavriel Kay
98. Voyeur by Daniel Judson
99. War by Sebastian Junger
100. The Wave: In Pursuit of the Rogues, Freaks and Giants of the Ocean by Susan Casey

101. The Way of Kings: Book One of the Stormlight Archive by Brandon Sanderson
102. What is Left the Daughter by Howard Norman
103. With a Vengeance by Marcus Wynne
104. You Better Knot Die: A Crochet Mystery by Betty Hechtman

In the end, if you’re interested in reading more about these books and others, visit www.bookreporter.com.
Posted by Lee Peacock at 9:30 AM