How many books on the 'Coast Guard Reading List' have you read? 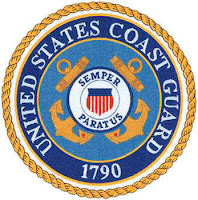 On Aug. 4, 1790, U.S. President George Washington created what was then called the Revenue Cutter Service, which was composed of armed vessels that were stationed at the entrance of ports. This service eventually developed into what we now called the U.S. Coast Guard, and it is the only military service with the ability to enforce laws within American borders. Their duties now include border protection, drug enforcement, counter-terrorism and homeland defense.

Several months ago, I ran across an interesting recommended reading list called the “Coast Guard Reading List.” The list is divided into several sections, i.e., the Commandant’s Choice, the Leader of Leaders Section, the Contemporary Issues Section, the Leadership Section and the Coast Guard History and Culture Section.

- Until the Sea Shall Free Them by Robert Frump
- Bloodstained Sea by Michael G. Walling
- Heroic Leadership: Best Practices from a 450-Year-Old Company That Changed the World by Chris Lowney
- Social Intelligence: The New Science of Human Relationships by Daniel Goleman
- The Warmth of Other Suns: The Epic Story of America’s Great Migration by Isabel Wilkerson
- Successful Leadership Today by Douglas L. Drewry
- Ask the Chief: Backbone of the Navy by J. F. Leahy
- Strengthening the Soul of Your Leadership by Ruth Haley Barton

- Employee’s Survival Guide to Change by Jeffrey Hiatt
- Disappearing Through the Skylight: Culture and Technology in the Twentieth Century by O.B. Hardison, Jr.
- Epic Change: How to Lead Change in the Global Age by Timothy Clark
- Kiss, Bow, or Shake Hands: The Bestselling Guide to Doing Business in More than 60 Countries by Terri Morrison and Wayne Conaway
- Linked: How Everything is Connected to Everything Else and What it Means by Albert-Laszlo Barabási
- The Mindful Way through Depression: Freeing Yourself from Chronic Unhappiness by Williams, Teasdale, Segal, and Kabat-Zinn
- Lone Survivor: The Eyewitness Account of Operation Redwing and the Lost Heroes of SEAL Team 10 by Marcus Luttrell
- Why Are All the Black Kids Sitting Together in the Cafeteria?: A Psychologist Explains the Development of Racial Identity by Beverly Daniel Tatum

- The Armed Forces Officer by the National Defense University
- Lying: Moral Choice in Public and Private Life by Sissela Bok
- Predictable Surprises: The Disasters You Should Have Seen Coming, and How to Prevent Them by Max H. Bazerman and Michael D. Watkins
- The Five Dysfunctions of a Team: A Leadership Fable by Patrick Lencioni
- From Boomers to Bloggers: Success Strategies Across Generations by Misti Burmeister
- How Life Imitates Chess: Making the Right Moves, from the Board to the Boardroom by Garry Kasparov
- Primal Leadership: Learning to Lead with Emotional Intelligence by Daniel Goleman, Richard Boyatzis and Annie McKee
- Quiet Leadership: Six Steps to Transforming Performance at Work by David Rock
- Leading at the Edge: Leadership Lessons from the Extraordinary Saga of Shackleton’s Antarctic Adventure by Dennis N.T. Perkins, Margaret P. Holtman, Paul R. Kessler and Catherine McCarthy.

- Lucky Thirteen: D-Days in the Pacific with the U. S. Coast Guard in World War II by Ken Wiley
- The Metal Life Car: The Inventor, the Imposter, and the Business of Lifesaving by George Buker
- Mind the Light, Katie: The History of Thirty-Three Female Lighthouse Keepers by Mary Louise Clifford and J. Candace Clifford
- A Perfect Lady: A Pictorial History of the U.S. Coast Guard Barque Eagle by Tido Holtkamp
- Two Tankers Down: The Greatest Small-Boat Rescue in U.S. Coast Guard History by Robert Frump
- Lifeboat Sailors: The U.S. Coast Guard’s Small Boat Stations by Dr. Dennis L. Noble

In the end, how many of the books mentioned above have you had a chance to read? Which did you like or dislike? Which would you recommend and why? Let us know in the comments section below.
Posted by Lee Peacock at 8:45 AM