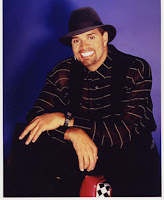 I saw the comedian Sinbad live for the first time last night in Atmore, and he his show was a lot better than I expected it to be.
He’s obviously a veteran entertainer, and his stage presence was great. As you might expect, a good portion of his routine was aimed at poking fun at Alabama and the South in general, but it came off as a lot of fun. Like many comedians, his material also included jokes about husbands and wives, relationships with children and traveling. A good portion of his routine also included wisecracks about the BP oil spill, immigration, Tiger Woods, President Obama and health care. Most notably, his routine was very clean, and I’m sure he didn’t cuss once.
Sinbad, who’s real name is David Adkins, has appeared on a number of television shows and movies. His most notable movie appearances were in “Houseguest,” “Firstkid” and “Jingle All the Way.”