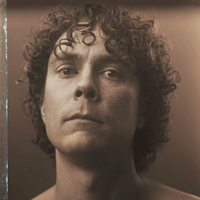 From the start, this blog has been all about having and documenting new experiences, and I read a magazine story yesterday that went right to the spirit of the blog’s purpose.
The story, “The King of Pain,” is about ultramarathon runner Scott Jurek, and it appeared in the April edition of Runner’s World. Jurek, a physical therapist by training, is probably the world’s most famous long distance runner.
At age 36, he’s the only runner to win the 100-mile Western States Endurance Run seven years in a row. (He set the course record in 2004, running the distance at an incredible pace of 9:21 per mile.) He’s also the only American to ever win Greece’s 153-mile Spartathalon race from Sparta to Athens (He’s actually won it three times, to date). He’s also the only person to win, in the same year, Western States and the 135-mile Badwater Ultramarathon that starts in Death Valley.
All of this is to say that Jurek isn’t a normal human being. He’s known for running incredibly long distances, and he leaves a host of the world’s best long distance runners in the dust.
But it’s cost him.
Not only has all that running taken a toll on his body, but it also led to a divorce, massive debt, family strain and the loss of good friends.
When Runner’s World writer Steve Friedman asked Jurek why he does it, Jurek’s answer struck home, and I had to pass it along because it goes right to the heart of this blog.
Over dinner, Friedman tells Jurek that its “pretty freaking special” that Jurek can run faster and longer for more years than anyone in the world. Jurek responds by telling the writer that he’s missing the point.
“Running fast and running far is not about winning. It’s not about money. It’s not even about suffering or redemption. It’s about discovery.
“It’s about finding one’s path. It’s about using experience in life to shape something completely different. That’s the art of living.”
(To read the full story about Jurek’s ultramarathon career, visit http://www.runnersworld.com/article/0,7120,s6-243-297--13460-0,00.html.)
Posted by Lee Peacock at 10:32 PM