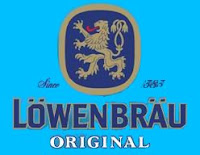 Day before yesterday, I got the chance to sample, for the first time, a bottle of Lowenbrau Original, an imported beer from Munich, Germany.

According to the bottle’s front lable, this beer is “Born in Germany, loved by the world. Brewed according to the famous German purity law, Reinheitsgebot.”

The back of the bottle goes on to say that “Lowenbrau is brewed exclusively from the natural ingredients of malted barley, hops and Alpine water in strict accordance with the German purity law, ‘Reinheitsgebot.’”

The word “Lowenbrau” literally means “Lion's Brew,” and the Lowenbrau Brewery dates back to 1383 when the brewery was run by the proprieter of “The Lion’s Inn.” According to Wikipedia, Lowenbrau has been served at every Oktoberfest since 1810 and is one of only six breweries permitted to serve beer at this famous festival.

Lowenbrau Original contains 5.2 percent alcohol by volume (ABV), and there are 165 calories in each 11.2-ounce bottle of Lowenbrau. Other beers brewed at the Lowenbrau brewery include Pilsener, Dunkel, Triumphator, Lowen Weisse, Urtyp and Lowenbrau Oktoberfestbier.

Lowenbrau Original peaked in popularity in the U.S. during the 1980s and many of you will remember it for its famous jingle – “Here’s to good friends, tonight is something special.”

For more information about this tasty, traditional favorite, visit Lowenbrau’s Web site at www.loewenbraeu.de. Be forewarned, the site is in German.

In the end, how many of you have had a chance to sample Lowenbrau before? What did you think about it? What did you like or dislike about it? Let us know in the comments section below.