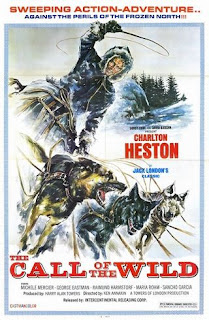 “Call of the Wild,” based on Jack London’s famous story and starring Charlton Heston, will be shown at the Pix Theatre here on Wednesday and Thursday, Jan. 1 and Jan. 2, according to W.B. Epperson, manager.”

Robert H. Spence is new president Evangel College: Springfield, Mo. - On Dec. 11, Robert H. Spence was inaugurated as the third president of Evangel College.
The Rev. Thomas F. Zimmerman, general superintendent of the Assemblies of God, who participated in the ceremonies in the college gymnasium, pointed out that in two days it would be the 20th anniversary of the establishment of Evangel. This year is also the 60th anniversary of the founding of the Assemblies of God, the college’s parent denomination, the Rev. Mr. Zimmerman added.
President Spence’s father, the Rev. Thomas H. Spence, Owassa, Ala., was present for the ceremonies and delivered the inaugural prayer.
The Rev. Thomas H. (Herman) Spence and Mrs. Spence, both natives of Conecuh County, returned home after being away for 45 years while he served as a pastor at various churches and are now semi-retired. They purchased the old home place of his father, the late Jodie Spence.

This was the scene of the first traffic fatality of 1960 in Alabama. The accident occurred on Alabama Highway 41 near Range. At left is Officer Pete Taylor of the Alabama High Patrol and M.E. Curtis, superintendent of Camp Evergreen, is at right. The body of Ulysses Glenn, 27-year-old convict is covered and lies behind Taylor. Glenn was killed when he was thrown from a truck hauling prisoners to work early Friday morning, Jan. 1.

Funeral services were held Sunday afternoon at three o’clock for Dr. Clarence M. Dannelly, 70, widely known educator and lay leader of the Methodist Church and a former resident of Evergreen. Dr. Dannelly died Friday afternoon, a victim of a lingering heart disease.
Dr. Dannelly was nationally known in educational circles. He served as superintendent of Montgomery city and county schools from 1936 until his retirement in 1958.
During his long career, Dr. Dannelly served as principal here (Evergreen), principal of Etowah County High School, educational representative of Rand, McNally Co., a staff member of the State Department of Education, president of Kentucky Wesleyan College and taught history and philosophy of education for two years at the University of Alabama. He served on term as vice president of the National Education Association.

Mr. and Mrs. Paul Hartley (Harper Gantt) of Greenville, announce the birth of a son Dec. 21, who they have named Paul Richard.

Another old landmark has gone! The Evergreen Hotel, built around 1895, was burned to the ground on Christmas Eve night, Dec. 24, 1944. This hotel was built after Evergreen suffered its second great fire around 1893 to 1894. The Evergreen Hotel of that era was on the same site as the one recently burned. The manager of the hotel at this particular time was a Mr. Carter who came to Evergreen from Eufaula.

Private Billy Hall Is Missing In Action: Mrs. Ruth Hall, Repton, Rt. E, received a telegram Wednesday from the War Department announcing that her husband, Private William H. (Billy) Hall was missing in action in Germany since Dec. 12. Pvt. Hall was believed to have been attached to the Third Army. Mrs. Hall had a letter from him written Dec. 9, three days before he was reported missing, in which he stated that shells were bursting all around him while he was writing.

James Daniels Awarded Air Medal, Bronze Star: Staff Sgt. James L. Daniels Jr. was recently awarded the Air Medal and Bronze Star for meritorious service with the 15th Air Force in the Mediterranean Theatre of operations. The medal was sent to his mother here last week. It will be recalled that Sgt. Daniels’ outfit was cited by the President a few months ago for outstanding service. When last heard from James had more than 40 missions to his credit. He went over in August of 1944.

W.G. Rabun, pioneer citizen of Conecuh County, died at his home in Brooklyn, Ala., Tues., Dec. 24, and was buried Wednesday at the family burial grounds in Brooklyn cemetery with the Rev. C.O. Stewart officiating. Deceased was 73 years of age. Was born and reared in the same community where he was highly esteemed by all with whom he came in contact.

Conecuh Man Records Rainy Days In 1929: Mr. J.H. Ryland, good farmer living on Repton, Route E, writes The Courant this week sending in a record of the rainy days in 1929 at his farm. Mr. Ryland decided early in the year to make a cross on his calendar every day that it rained to satisfy a personal desire to know how many days it would rain. As a result of the record which he kept, he found that it rained 151 days and snowed one. Two of these days which he recorded as rainy also had sleet.
September led with 19 rainy days; October and December had the fewest with only eight each. The record by months was as follows: January, 13; February, 13; March, 10; April, 12; May, 15; June, 15; July, 10; August, 12; September, 19; October, eight; November, 16; December, eight rain, one snow.
Mr. Ryland kept no record of the amount of rainfall in inches.

John Lasiter caught a large catamount in a trap a few days ago on the Moorer plantation.

P.D. Jackson killed a monster catamount in Sandy Creek Swamp last Tuesday. The animal must have belonged to that branch of the feline family which is said to have nine lives as Jackson shot it six times before killing it.

The neighbors owe John Lasiter and (P.D.) Jackson a big chicken pie each for killing those wild cats which had feasted so long on their pigs and poultry.

M.C. Reynolds will resign the superintendency of the orphanage and remove to Birmingham.

Mr. George H. Oswald fell from the roof of a two-story building upon which he was at work last Tuesday and sustained injuries which it is thought will prove fatal.

Mr. Jim Dubose died at Brooklyn from the effects of an accidental wound received during the holidays.

Commissioners court was in session this week.

Capt. R.F. Kolb was in the city Sunday and Monday.
Posted by Lee Peacock at 5:49 PM