Will the Atlanta Braves step up their game against the Philadelphia Phillies? 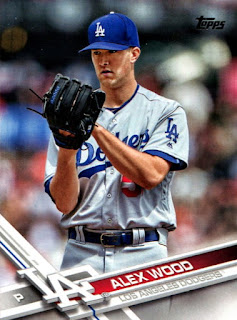 The Atlanta Braves had a rough week this week, going just 2-5 against two of the best teams in the Major Leagues.

Early last week, Atlanta got swept at home by the Chicago Cubs before losing a pair of games on the road to the Los Angeles Dodgers. As of Monday, the Cubs and Dodgers were sitting atop the standings in their respective divisions. In fact, the Dodgers were sporting the best overall record in the entire Major Leagues.

With that said, I think it’s worth mentioning that Atlanta did win a pair of games against Los Angeles during their four-game series at Dodgers Stadium. Atlanta beat the Dodgers, 6-3, last Thursday and then blasted the Dodgers, 12-3, on Friday. In other words, even though Los Angeles does have a great team, Atlanta does have what it takes to beat one of the league’s elite teams.

In Atlanta’s big win on Friday, Braves pitcher Jaime (pronounced “Hi -May”) Garcia had one of his best games in a long time. Not only did he get the pitching win, he also hit his first career grand slam off previously unbeaten Dodgers pitcher Alex Wood. All of this went on amid trade rumors about Garcia, who is being eyed by teams like the Milwaukee Brewers and Minnesota Twins.

Mike Foltynewicz is still the top performing pitcher in Atlanta’s arsenal, but you hate to see a veteran like Garcia leave the team. Garcia is currently 3-7 overall with a 4.33 ERA and 81 strikeouts in 106 innings pitched.

Outfielder Ender Inciarte continues to be Atlanta’s big stick on offense, and I feel pretty sure that you won’t see him on the trading block any time soon. Right now, he’s batting .306 with eight homers, 38 RBI, 65 runs, 121 hits, 18 doubles, a triple, 30 walks and 12 stolen bases.

Atlanta continues a long road trip this week with three games against the Arizona Diamondbacks at Chase Field in Phoenix, a day off today (Thursday) and four more games against the division rival Philadelphia Phillies at Citizens Bank Park. The series against the Phillies is scheduled to wrap up this coming Monday, and that game will also wrap up the month of July for the Braves.

Entering their three-game set in Phoenix, the Braves were 3-0 against the Diamondbacks thanks to a sweep against them earlier this month in Atlanta. As of Monday, the Diamondbacks were in third place in the NL West, trailing the Dodgers and Colorado Rockies. The D-backs were 11-1/2 games out of first place and second in the National League Wildcard standings.