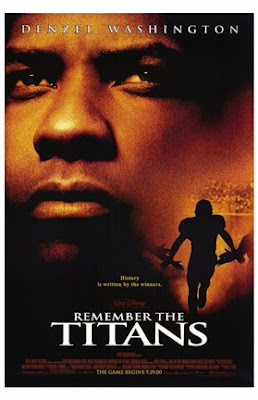 I hated to hear that high school football coaching legend Herman Boone passed away on Wednesday of last week.

Many in the reading audience will remember him from the 2000 movie, “Remember the Titans,” which starred Denzel Washington in the role of Coach Boone. That movie depicted the true story of how Boone led the newly integrated T.C. Williams High School football team to a 13-0 season and a Virginia state title in 1971. His 1971 team at T.C. Williams also finished the season ranked No. 2 in the nation.

I got the opportunity to meet Coach Boone about 17 years ago when he came to Monroeville in August of 2002 for a speaking engagement. Back then, I was a young reporter at The Monroe Journal newspaper, and he’d been invited to town by Monroe County High School’s Touchdown Club. If memory serves me correctly, Arthur “Art” Davis was the coach at Monroe County High back then, and at some point in his career, Davis had befriended Coach Boone.

Boone gave a great speech to the crowd in Monroe County High’s cafeteria during his visit to Monroeville, and I remember him joking about how his wife thought that he was a lot more handsome than Denzel Washington. Keep in mind that Boone was around 65 years old when “Remember the Titans” came out in theatres. Again, if memory serves me correctly, his wife, Carol, was also in the audience that night in Monroeville.

As chance would have it, this past summer, my family took a trip to Washington, D.C., and we stayed in a hotel in Alexandria, Va. Our hotel offered a free shuttle service to the nearest subway station, and on one particular occasion our shuttle driver asked us if we’d ever seen “Remember the Titans.” We had, and he went on to point out the T.C. Williams High School campus as we drove by it on the way to the subway.

The driver, who looked to be in his 60s, said that he’d actually gone to Williams High School and had been on the football team during the time portrayed in the movie. He said that a lot of folks in Alexandria got a big kick out of the movie, but, as you would expect, there was a lot in the movie that wasn’t completely accurate. He said they “jazzed some of it up” to make it more dramatic.

He said that the movie shows the Williams team being in a lot of close games, but in reality most of their wins were big blowouts. He said that the movie also made it seem like they played a lot of all-white schools, but most of the schools they played had already been integrated years before Williams High School integrated. He said there were a few other things that weren’t absolutely correct in the movie, but those were the two biggies.

In the end, if you’ve never seen “Remember the Titans,” I highly recommend that you watch it. It’s arguably one of the best football movies ever made, and if you like football, I’m sure you’ll enjoy this movie. Boone preached perfection and hard work and that’s something that we could all stand to learn from.