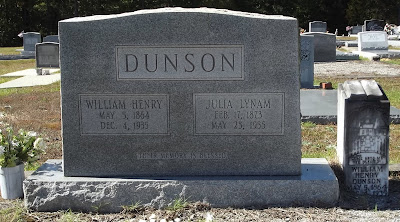 The cafeteria building at Evergreen City School is getting a new roof as the old one leaked. The project is nearing completion, according to Principal James Cowart.

City Council Ok’s Deeding Of Property: The City Council, Tuesday night, okayed a request by the County Board of Education to deed the property adjoining Evergreen City School to the Board of Education.
The property to be transferred from the city to the board of education is located behind the City School. It reaches from the back drive to Shipp Street and runs adjacent to Highway 31.
The property will be used by the school for playground area. Much of the present playground area will be taken up by a proposed eight-room addition to the school. The state required that more playground area be made available before the additional rooms could be constructed.

Santa Claus says he’s all for a brighter Christmas in Conecuh as he makes the featured address at the 11th annual Conecuh County Christmas Carnival held Nov. 30. Mayor Zell Murphy welcomed Santa and turned Evergreen over to him for the Christmas season. Senator Bob Kendall emceed the program for the sponsoring Evergreen Chamber of Commerce. Part of the crowd of more than 5,000 on hand for the parade and other festivities may be seen gathered around the bandstand.

Army Recruit Aubrey H. Ryals, son of Mr. and Mrs. Jesse J. Ryals, Route 1, Repton, Ala., was assigned to the 51st Artillery at Fort Cronkhite, Calif., Nov. 15. Ryals was graduated from Repton High School in 1959 and attended Auburn University one year.
Ryals is a missileman in the artillery’s Battery B, one of 16 Nike units protecting the Greater San Francisco Bay Area from possible enemy attack.

Officers had no clues Wednesday as to the identity of the burglar who entered Coker Service Store late Saturday night and stole $62 in cash, a large portion of which was in silver dollars. The thief entered the service station through a rear window and apparently did not bother anything else in the place. Stanton Coker is owner and operator of the service store.

The Eastern Star will hold its regular meeting Monday night at seven o’clock. This will be the annual Christmas party and all members are urged to attend.

What was perhaps the largest wildcat still ever seen in this county was captured one mile south of Nymph Thurs., Dec. 4, by Sheriff W.D. Lewis, Deputy Hobson Lewis, J.E. Jones and S.S. Patrick of the ABC Board.
The giant still was in operation when the raid was made, Sheriff Lewis told The Courant. A keg containing about 10 gallons of shinny was also captured. Approximately 1,000 gallons of mash was destroyed.
Sheriff Lewis stated that the still would probably turn out 100 gallons of liquor per day when in full operation. The cooper still would have held something like 1,000 gallons of mash. Nearby was a concrete vat used for fermenting the mash. It was 15-feet by three-feet and would have held 1,000 gallons or more.
Apparently, the still had been in use for a long period of time. It was located deep back in the swamps something like 1-1/4 miles from any road except the little used trail over which materials were carried to the still.

New Bids Asked As Jehle Bros. Renege: A new call for bids for the construction of a school building at Castleberry is now being made by the Conecuh County Board of Education. Advertisements for the bids, which are to be opened Dec. 30, were started this week in The Courant and in other papers of the state.
The new call became necessary when Jehle Brothers failed to sign the contract awarded to it a month ago when bids were opened. This Montgomery firm was low bidder for construction of the school with its bid of $44,632.
Jehle Brothers contended that it made an error in tabulating its bid, that is should have been higher, and declined to sign the contract awarded to it.

AGED CONECUH CITIZEN DIES AT LENOX: Loved ones and friends were made sad by the passing away of Mr. W.H. Dunson at an early hour last Wednesday night, Dec. 4, at his home in Lenox. Mr. Dunson’s death followed an illness of only a few hours duration.
Interment was in the Spring Hill Cemetery Friday morning, funeral services having been conducted by Rev. C.W. McConnel of the Castleberry Methodist Church and assisted by Rev. Fred Brown of Brownville and Rev. Patillo of Repton.
Mr. Dunson was born in Clay County May 5, 1864 but has been a resident of Conecuh County since November in 1921.
He has ben a faithful member of the Methodist church since early manhood and was at the time of his death a member of the Spring Hill Church.
Posted by Lee Peacock at 4:13 PM