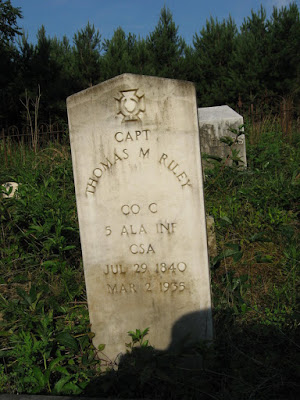 Opening the Kiwanis fair: Monroe County Probate Judge Otha Lee Biggs and Monroeville City Councilman John Rice were joined by the Mockingbird Court and other county, city and Kiwanis officials Tuesday evening to officially open the annual Kiwanis Fair. The fair will be open through Saturday and every night is “arm band” night, according to Tom Lomenick, fair chairman.

Kathy McCoy speaks to Mary Gardner Club: The Mary Gardner Federated Club met Sept. 13 at Frye’s Home Cooking, hosted by Velma Wiggins.
Carolyn Lee, club president, presented the speaker, Kathy McCoy, director of the Monroe County Heritage Museums. McCoy spoke on events of the museum such as the George Wallace Sr. display, the George Wallace Jr. trip to Monroeville and preparation for the annual Heritage Festival sponsored by the club along with the Monroe County Heritage Museums on the fourth Saturday in February.

Church to mark 150th: Philadelphia Baptist Church at Tunnel Springs will celebrate its 150th anniversary Sunday with special activities to recognize descendants of the church’s charter members.
The day will begin with Sunday School at 10 a.m. and worship at 11. The Rev. Billy Lucas, interim pastor, will preach. J.W. Sales of Monroeville will lead the music.
The church was organized in April 1840 with the following as members: Mary Moore, Thomas Wiggins, William W. and Elizabeth Wiggins, Drury A. and Mary Ranaldson, John H. and Margaret Dailey, T.H. and Jemima Malden and Marten B. and Sara East.

Marker to be put on Confederate captain’s grave: A Confederate marker will be placed at the grave of Capt. Thomas Mercer Riley in a ceremony Oct. 28 at 3 p.m. in the Flat Creek/Riley/Turnbull Cemetery in the Riley community, according to organizer Greg Swanner of Montgomery.
The Fifth Alabama re-enactment group from Sons of Confederate Veterans Camp No. 62 in Selma will fire a salute.

First Lake Run held Saturday: Dr. Harry Clem of Georgiana won the first annual Lake Run 10,000-meter race Saturday with a time of 36:11.6 minutes over a demanding course.
Clem, a 36-year-old Butler County education specialist, led a group of runners all the way in the race held in Monroeville.
David Jones of Monroeville clocked in a second-place time of 37:31.3 and George Miles of Montgomery finished third with a 37:45.9 time.
Susan Gordon, 26, of Grove Hill was the standout in the women’s division, winning both the 10,000-meter race and two-mile fun run with times of 44:13.7 and 15:12.0 minutes.

Cartwright In Da Nang: Navy Petty Officer Floyd M. Cartwright, son of Mr. and Mrs. Floyd C. Cartwright, Rt. 2, Atmore, has graduated from Field Medical Service School, Marine Corps Base, Camp Lejeune, N.C. A graduate of Blacksher High School, he is currently serving in Da Nang, South Vietnam. He is pictured in front of the dental clinic where he works and which he describes as “crude on the outside, but pretty nice on the inside.”

In a season that has seen victories hard to come by for the Monroe County High School football team, Tiger fans have nevertheless been kept on the edge of their seats all year by the wide open passing attack led by quarterback Pete Black.
The 200-pound senior has developed into one of the most accurate passers in Monroe County High School history. Black has already completed more passes in five games than any other Tiger quarterback has in a full season.
Black has thrown the ball 115 times while completing 64 passes for the season with a completion percentage of 56 percent.

New Attorney, John Causey Jr., Practicing Here: John Causey Jr., a resident of Monroeville, has recently opened a law office in Monroeville, located on the second floor of City Hall.
Mr. Causey, the son of Mr. and Mrs. W.J. Causey Sr., graduated from the University of Alabama Law School in May 1970 and was admitted to the Alabama Bar Association in August. Prior to entering law school, he received a degree in political science and economics from the University of Alabama.

Damage Is $27,300 In Sawmill Fire: Damage by fire to a sawmill plant at Burnt Corn Wednesday night, Oct. 5, has been estimated at $27,300 by Sam Lowrey and Melvin Johnson, joint owners of the property.
Mr. Lowrey stated the fire apparently started in a dust pit and was first discovered around 7:30 p.m. The fire, fanned by a heavy wind, destroyed with the mill a debarker and a forklift.
The Monroeville Fire Department was summoned to the scene and saved a $10,000 chipper, Mr. Lowrey reported.

A parade and review will be staged by the Monroe County Rescue Squad on the Alabama River at the Claiborne landing on Sun., Oct. 30, at 3 p.m.
The public is invited to be on hand for the event and to view the group’s new barged used for dragging operations and equipment trailer used for radio.
The county squad acts in any kind of emergency and has completed 11 missions, all successful.
Posted by Lee Peacock at 3:51 PM