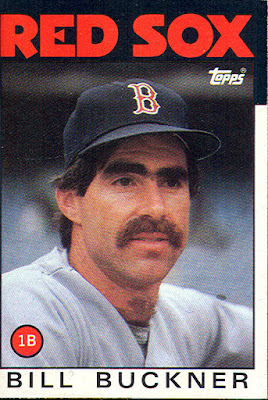 The eighth weekend of the college football season closed out on Saturday, and we also closed out another weekend in our local ESPN College Football Pick ‘Em Contest.

This week, when the dust settled after Saturday’s slate of games, we had a two-way tie for first place with Drew Skipper and John Johnston tied for the No. 1 spot. Ricky Taylor, Mark Peacock and Jeremy Matheny were locked in a three-way tie for third place.

Justin Mixon, Travis Presley, Brett Loftin and myself found ourselves in a four-way tie for sixth place. Clint Hyde, Darrell Burch, Vanessa Sales and Calvin Casey were all tied up for the No. 10-spot.

With that said, if you didn’t do so hot in the contest last weekend, don’t beat yourself up about it. As you’ve read here before, it’s a marathon, not a sprint. We’ve got six more weeks to go, and the standings will no doubt change a lot during the next month and a half.

By my count, we’ve got five games this weekend featuring SEC teams, and all five are head-to-head conference games. For what it’s worth, here are my picks in those games. I like Vanderbilt over Arkansas, Georgia over Florida, Missouri over Kentucky, Mississippi State over Texas A&M and South Carolina over Tennessee. Last week: 6-0, Overall: 60-12

Today (Thursday) is Oct. 25, a date that will live in infamy in the minds of many Boston Red Sox fans. It was on that day in 1986 (when I was just 10 years old) that the Red Sox lost Game 6 of the World Series to the New York Mets. The winning run was scored in the tenth inning when a ground ball went through Boston first baseman Bill Buckner's legs. Among baseball fans, this incident is among the most famous moments in baseball history.

The Red Sox are back in the World Series again this year and they’re facing one of the most storied franchises in baseball history, the Los Angeles Dodgers. The first two games of the World Series were scheduled to be played on Tuesday and Wednesday night at Fenway Park in Boston with the best-of-seven series to resume tomorrow (Friday) and Saturday night at Dodger Stadium in L.A. If necessary, the series could continue on this coming Sunday, Tuesday and Wednesday.

Many sports fans in the audience will know that the Dodgers haven’t won a World Series since 1988, but they made it to the series last season only to lose to the Houston Astros. I’ve never been a big Dodgers fan, but I’ve always sort of pulled for the Red Sox, so I guess I’ll be pulling for them again this year. For many years, they were world class underdogs and it was hard not to pull for them.
Posted by Lee Peacock at 11:13 AM