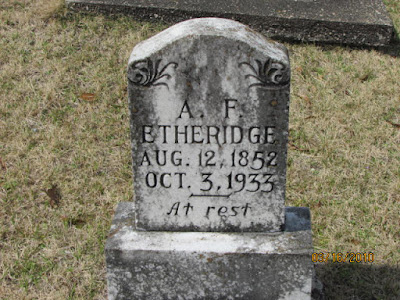 Sausage Fest set for Saturday: Saturday will be a day of fun and entertainment in Evergreen as crowds are expected to flock to downtown Evergreen for the Fifth Annual Evergreen Sausage Festival.
The festival is scheduled to begin Saturday at 8:45 a.m. and will end at 5 p.m., organizers said. The day will begin with greetings from Evergreen’s mayor and a welcome from Chamber of Commerce President P.J. Stallworth.

SER Fly-in to be held Oct. 24-26: This year’s South East Regional Fly In is just a few weeks away and looks to bring scores of visitors to Conecuh County as part of the annual aviation event.
This year’s Fly In commonly referred to as SERFI, is scheduled for Oct. 24-26 at Middleton Airfield in Evergreen. Admission to the event is $5 a day and $10 for the entire weekend. Children under age 12 will be admitted for free with a parent or guardian.

Conecuh County’s 1984 Junior Miss, Kim Watson, was chosen at the annual Junior Miss Pageant at Evergreen City School on Saturday night. Kim is the daughter of Mr. and Mrs. Palmer Watson of Bermuda and is a senior at Monroe Academy. The Junior Miss competition is sponsored by the Pilot Club of Evergreen. A large crowd filled the City School auditorium for the pageant. Kim will represent Conecuh County in the Alabama Junior Miss Competition in Birmingham.

Agreement reached on the sale of Poole: IU International Corp. has reached an agreement to acquire Poole Truck Line Inc., a motor carrier headquartered in Evergreen. The acquisition was announced today by IU Chairman John Gilray Christy and Poole President Walter Poole.
The transaction is subject to approval by the Interstate Commerce Commission. Terms were not disclosed.
The truck line will continue to operate under its own name, and no change in management and personnel or operations is planned.
Poole provides truckload freight service to customers throughout the U.S. with a fleet of 900 tractors and 1,400 trailers. In 1982, Poole’s revenues were about $55 million.

Baptist Group Sets ‘Clean-up Day’ For Old Beulah Cemetery: Baptists of the Conecuh Association announced today that they have undertaken the clearing off of the historic Old Beulah Cemetery as an initial effort toward preserving the ancient burying ground which is so rich in history of the early days of this county.
The Association voted to clean up the cemetery next Wednesday. Each church in the association is to send at least two representatives who will meet with the others at the cemetery at seven o’clock Wednesday morning to spend the day cutting back grass and undergrowth.
Old Beulah Cemetery is the oldest known cemetery in the county. Located on land now belonging to Thomas E. McMillan of Brewton, the cemetery is between Sparta and Brooklyn off the old road.
The cemetery was established by the pioneer families of this county who also organized the first Baptist Church, Beulah, under the guidance of the Rev. Alexander Travis, father of Col. William Barrett Travis, a hero of the Alamo, and many other leading pioneer citizens of this county were buried at Beulah.
Baptist along with those of other faiths regret that for many years the cemetery has not received proper care. Vandals have created havoc with many of the historic markers.
The clean-up scheduled Wednesday may be just the first step in a long-range program to restore and preserve the landmark for posterity.

EVERGREEN EDUCATOR VISITS THE CAPITOL: W.Y. Fleming, former superintendent of education for Lee County and for the past two years principal of the Second District Agricultural School at Evergreen, was a capitol visitor Saturday and said he probably would not enter the race for state superintendent setting at rest rumors that had been current in the department of education recently. It is the second time the popular educator has been mentioned for the post prior to as many campaigns. He was Lee County Superintendent for 16 years and is proud of the fact that he is “an Auburn man.”

Former Citizen Dies At Canoe Home: Rounding out a long and useful life of 81 years, Mr. A.F. Etheridge passed away at his home at Canoe, Ala., Tues., Oct. 3. He was laid to rest in Sardis Cemetery near Canoe.
Deceased spent many years of his long life in this county and will be remembered by a host of friends who will also greatly deplore his death. For the past two years, he had made his home at Canoe. Mr. Etheridge was at one time a deputy sheriff of Conecuh County.

Cooke Players Here Week Beginning Oct. 23: Playing under the auspices of the Parent-Teacher Association Cooke Players, well-known company which has been enthusiastically received by audiences throughout Alabama and other states will open a week’s engagement here for the week beginning Oct. 23, programs to be rendered in the City School auditorium.
Doors open each night at 7:15 and the curtain rises at 8 p.m. Price of admission is 10 cents for school children and 25 cents for adults.

Our town council has recently taken extra precaution and have employed extra help to render the quarantine against all places infected with yellow fever thoroughly effective. All avenues of approach will be guarded and no person will be permitted to enter the town who cannot show that he has not been in an infected place within 20 days. Our country friends are assured that they may visit Evergreen with impunity.

The town has been under quite an excitement in regard to the yellow fever for the past week. Various rumors reach us from Brewton as to the sickness there.

Dr. McCreary is finishing the courthouse with brick made in Montgomery.

There will be a partial eclipse of the moon on the night of the 16th. The eclipse will commence at one and end at 54 after 2.

There will be a meeting of the Conecuh Guards next Monday night, the 15th inst. Business of importance will be transacted, and it is especially desired and ordered by the captain that every officer and member be present.

We noticed in the depot one day this week a cast-iron water wheel, patented by Mr. J.E. Mancil of this county. Mr. Mancil has been working on it for several years and claims for it superiority in several particulars over other cast wheels of the same kind.

Mr. L.N. Amos of Burnt Corn has raised a pumpkin, which weighs 96 pounds. Who can beat it?
Posted by Lee Peacock at 10:55 AM