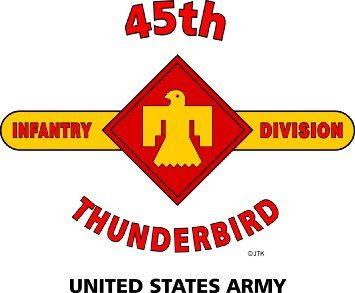 The Conecuh County Board of Education met for the second time in two weeks to hire personnel for the upcoming school year. After interviewing seven applicants for the Lyeffion Junior High School principal’s position, they made their decision.
The board voted to hire Diana Lyons, a 24-year teaching veteran from Monroe County. Lyons had previously served in the capacity of assistant principal since 1992 at J.F. Shields High School.

Abundant Life welcomes Pastor Randall Holmes: Abundant Life Assembly of God welcomed their new pastor, Rev. W. Randall Holmes, to their pulpit Sun., June 9, 2002. Rev. Holmes is joined by his wife, Crystal; daughter, Johanna; and sons, Josiah and Jesse.
They moved here to Evergreen from Burlington, Colo., where they pastored for the past two years at Bethel Assembly of God. Holmes has been a pastor for 21 years, serving as an associate or senior pastor.

Schools open on Aug. 25: Conecuh County schools will begin the fall term on Thurs., Aug. 25, it is announced today by the Board of Education. Teachers will meet at Repton on Aug. 23 and will report to their assigned schools on Aug. 25, according to Superintendent of Education Wayne Pope.

Henry Davis Weathers, 87, noted retired educator, died Wednesday in a Gainesville, Fla. hospital after a long illness. Graveside services will be held Friday morning at 10:30 o’clock at the Hawthorne, Fla. cemetery, Williams-Thomas Funeral Home of Gainesville directing.
Mr. Weathers was a native of Randolph County where his family were prominent, pioneer citizens, but spent most of his adult life in Conecuh County. He and his late wife moved to Hawthorne a number of years ago to be near their daughter.
Mr. Weathers devoted 46 years of his life to education. He served this county as superintendent of education for a number of years and also as a principal. He was principal of Repton High School at the time of his retirement.
Mr. Weathers was noted not only as an educator, but as an excellent businessman. A Christian gentleman of the old school, he earned the respect and love of the people of this county and had great and good influence on many students over the years.

Voters of Evergreen had apparently elected Vernon B. Millsap mayor of their city for the next four years following the run-off primary election Tuesday. Mr. Millsap had a total of 277 votes to 275 for his opponent, Zell Murphy, in the complete but unofficial returns from the city’s two boxes.
The race was one of the closest ever held in this city. Both of the candidates were widely known and highly respected as the results attest.
The City Democratic Executive Committee was to meet today (Thursday) for the official canvass of votes.

Conecuh County’s first bale of cotton was auctioned off in Evergreen Saturday and brought its producer 51 cents a pound. This price was considerably above the market price which is around 40 cents a pound for middling.
The bale was produced by Les Crosby, good farmer of Evergreen, Route E. C.M. Stacey, operator of Belleville Gin Co., ginners of the first bale, purchased the cotton at the auction which was held in the paved parking area during the Appreciation Days Program.

Cpl. John E. Oliver, son of Mr. and Mrs. J.S. Oliver, Castleberry, Ala., recently left the 45th Infantry Division in Korea for return to the United States under an Army rotation program.
His division, an Oklahoma National Guard unit, was called to active duty in September 1950 and trained at Camp Polk, La., and on Hokkaido, Japan. The division arrived in Korea last December.

Evergreen Gets First Bale of Season Wednesday: Mr. J.P. Huff, well known farmer who lives eight miles below, enjoys the distinction of being the first person to bring a bale of 1927 cotton to Evergreen. The bale was bought Wednesday and ginned by the Evergreen Gin Co., which is operating a splendid ginnery at the old stand of the Mobile Gin Co. This company ginned the cotton for Mr. Huff absolutely free of charge. The bale was purchased by Williams Cotton Co.

Local National Guard Boys Return Sunday: The boys composing Troop C of the 55th Machine Gun Squadron of the Alabama National Guard returned home Sunday after a most pleasant encampment of two weeks at Fort Oglethorpe, Ga. Capt. W.D. Lewis, commander of the local boys, says that he has nothing but praise for the boys in his company. He also commented upon the fine cooperation extended the troop by local people.

Stamps Store Building Nearing Completion: The splendid store building which is being built by Mr. George C. Stamps, is rapidly nearing completion. The work was held up for several days recently on account of delay in the shipment of a large steel beam to be used across the front of the building. This is being used to support the brick and framework over the spacious lobby or arcade. It arrived the latter part of last week and has been placed, this enabling the work to be resumed.
The building, when finished will be one of the prettiest to be found in a small town or city. This architecture is the newest thing out and the workmanship and materials are the very best.

A meeting of the ex-Confederate soldiers of Conecuh County will be held in Evergreen, Saturday next, 9th inst. It is to be hoped that there will be a full term out.

Mrs. Potts, the “walkist,” arrived in town Tuesday night and left the following morning. She looks like “Old Sol” had struck her with a few of his hottest rays.

Mrs. P.F. Perrinot, a lady who formerly resided in Conecuh County, and was well known to many of our citizens, died in Rockport, Texas recently.

EVERGREEN ACADEMY: The exercises of this school will begin on Monday, the 15th day of September next, with a full corps of teachers in all departments. – J.F. Tate, principal; Mrs. S.U. Sampey and Mrs. J.F. Tate, assistants.

For Sale: A house and lot in the town of Evergreen; situated near the courthouse. The house contains four rooms, and is conveniently situated to the depot. For terms, etc., apply to the editor of this paper.

In the Foshee and Caton settlement, Jamestown Beat, a new and commodious Baptist Church has recently been erected. Rev. I. Spence has charge of said church.

The whitewashing of the shade trees in front of Dr. McCreary’s, Hickox and Farnham’s places of business is quite an improvement.
Posted by Lee Peacock at 8:31 AM