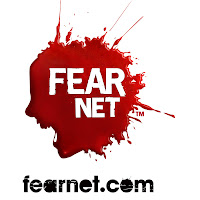 The horror movie Web site, Fearnet.com, released earlier this week its “Best of 2011” lists in a number of categories, including books, comics, movies, video games, music and genre TV.

For those of you unfamiliar with Fearnet.com, it is an online movie site that claims to be the “world’s premiere destination for horror, thriller and suspense.” It’s the web’s No. 1 site for genre movies and was named among PC Magazine’s “15 Best Web Sites for Movie Fans.” Check it out when you get a chance.

Without further ado, here are the works that made each of the aforementioned lists.

Best of 2011 – Books & Comics
1. The Alien Vault by Ian Nathan
2. Aloha from Hell by Richard Kadrey
3. The Complete Drive-In by Joe R. Lansdale
4. Creepy Presents Bernie Wrightson
5. The Hammer Vault by Marcus Hearn
6. The Hidden by Richard Sala
7. The Lives of Sacco and Vanzetti by Rick Geary
8. The Painter, the Creature, and the Father of Lies by Clive Barker (edited by Phil and Sarah Stokes)

The editors at Fearnet also released Best of 2011 lists in two other categories, “Non-Genre TV Gets Scary” and “TV Kills.” To read about those lists and for more information about the others mentioned above, including reviews of most of these items, visit www.fearnet.com.
Posted by Lee Peacock at 8:36 AM