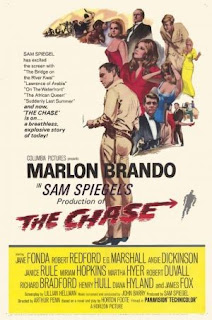 Feb. 17, 1600 - Giordano Bruno was burned at the stake for his heretical views on the plurality of worlds.

Feb. 17, 1621 – Myles Standish was appointed as first commander of the English Plymouth Colony in North America.

Feb. 17, 1782 - The Battle of Sadras began in the Bay of Bengal when the French navy began fighting with the British Navy in the Indian Ocean. This battle was the first of five largely indecisive naval battles fought between a British fleet under Admiral Sir Edward Hughes and French fleet under the Bailli de Suffren off the east coast of India during the American War of Independence. The Battle of Sadras was tactically indecisive, but the British fleet suffered the most damage, and the troop transports that Suffren was protecting were able to land their troops at Porto Novo.

Feb. 17, 1793 – Alexander McGillivray, a principal chief of the Upper Creek (Muscogee) towns after 1782, passed away at the age of 42 in Pensacola, Fla. McGillivray was buried in Pensacola at Garden of Panton Cemetery. Later, his sister had his body reinterred at Choctaw Bluff where he had earlier had his plantation in Clarke County, Alabama, above the Alabama River.

Feb. 17, 1828 – Confederate veteran, farmer and Baptist minister John Bryan Allen of Williams Station in Covington County, Ala. was born at Johnson County, N.C. He served as chaplain of the Conecuh Guards before enlisting on March 4, 1862 in Evergreen in Co. I of the 29th Alabama Regiment. He was elected 2nd Lt. on March 10, 1862, was promoted to 1st Lt. on Aug. 5, 1863 and was promoted to captain on Nov. 2, 1864. He was killed on Nov. 30, 1864 during an assault on Union lines at the Battle of Franklin, Tenn. He was buried at McGavock Cemetery in Franklin, Tenn.

Feb. 17, 1859 – During the Cochinchina Campaign, the French Navy captured the Citadel of Saigon, a fortress that was manned by 1,000 Nguyễn dynasty soldiers, en route to conquering Saigon and other regions of southern Viet Nam.

Feb. 17, 1861 – Jefferson Davis of Mississippi, soon to be president of the Confederate States of America, reviewed the Auburn Guards as his train passed through Auburn, Ala. on his way to Montgomery for his inauguration.

Feb. 17, 1862 – During the Civil War, a skirmish was fought along Sugar Creek, or Pea Ridge, Ark. and Ulysses Simpson Grant, USA, was appointed major general.

Feb. 17, 1863 – During the Civil War, Federal forces burned the town of Hopefield, Ark. in retaliation after Confederates from that area attacked the USS Hercules. The Federal ironclad, USS Indianola, was posted at the mouth of the Red River on the Mississippi River to interrupt Confederate commerce.

Feb. 17, 1864 – The H.L. Hunley, a Confederate submarine built in Mobile, Ala., became the first submarine in history to sink an enemy ship. After torpedoing the USS Housatonic in Charleston Harbor, the Hunley sank, never returning to port - until its recovery in August 2000.

Feb. 17, 1864 – The Confederate Conscription Act was passed and inaugurated a policy of conscription that inevitably led to conflict between the state of Alabama and the Confederacy.

Feb. 17, 1864 – During the Civil War, skirmishes were fought at Black Mill's and Horse Head Creek, Ark.; at Houlka Swamp (near Houston, Miss.), at Marion Station (near Meridian) and in the vicinity of Pontotoc, Miss.; and near Piedmont, Va. Federal reconnaissance began from Island No. 10 to Riley’s Landing, Tenn., and a six-day Federal operation began between Motley’s Ford and Murphy, Tenn.

Feb. 17, 1865 – During the Civil War, skirmishes were fought at Fort Buchanan, in the Arizona Territory, with Apache Indians; in Washington County and at Bayou Meto, Ark.; near Smithville, S.C. with a second day of skirmishing about Columbia, S.C.; and in the vicinity of Warrenton, Tenn.

Feb. 17, 1915 – The Evergreen Courant reported that Mr. and Mrs. Walter Golson of Fort Deposit had moved to Evergreen, Ala., where Walter Golson was to serve as “operator at the depot.”

Feb. 17, 1916 – The Monroe Journal reported that the Monroe County Board of Revenue had held a “very busy” session in Monroeville, Ala. during the first of the week. All board members were present.

Feb. 17, 1916 – In this day’s edition of The Conecuh Record, James R. Kelley announced his candidacy for the office of Conecuh County Tax Collector. “Mr. Kelley was born in Old Town Beat in this county 36 years ago and grew up with the sturdy boys of that section. His boyhood and young manhood was devoted to farming and he obtained a fair education in the public schools of his community and improved same by close application to reading and studying at home during leisure hours. He had the misfortune to lose one of his feet by having his leg severed between knee and ankle by a mowing machine, which greatly handicapped him as a farmer and he disposed of a portion of his farm and moved with his family to Evergreen where he has been engaged in blacksmith and woodwork business for the past five years.”

Feb. 17, 1916 – The Monroe Journal reported that Capt. J.H. McCreary of Turnbull was in the Monroeville, Ala. that week and, in light of the fact that planting time was drawing near, was attempting to obtain authority from the County Board of Revenue to erect gates for the protection of his own and his neighbors’ plantations from the “depredation of stock running at large in the territory surrounding where no stock law exists.”

Feb. 17, 1922 – Lenox’s girls basketball team beat the Coleman School (located near Jones Mill in Monroe County), 2-0. After the basketball game, the “school boys” beat the “out of school boys and old men,” 2-1, in a baseball game.

Feb. 17, 1930 – “Little Bettysu Bozeman” was hit by a Ford sedan on this Monday morning in Evergreen, Ala. The Feb. 20, 1930 edition of The Evergreen Courant reported that she was “doing nicely” but suffered a number of bruises and a sprained ankle.

Feb. 17, 1936 – Pro Football Hall of Fame full back Jim Brown was born in St. Simons, Ga. He went on to play for Syracuse and the Cleveland Browns. He was inducted into the Hall of Fame in 1971.

Feb. 17, 1960 - Vernon B. Millsap, age 36, died unexpectedly on this Wednesday afternoon in Puerto Rico. A former mayor of Evergreen, Ala., he was a member of a prominent South Alabama family. At the time of his death, Millsap was living in Puerto Rico, where he had established and was managing a drapery plant for the Max H. Kahn Curtain Corp. He had gone to his office on the day of his death, but returned home early complaining of a headache. His wife was out when her husband came home and on her return realized that he was ill. She went next door to get help and when she returned he had passed away. Millsap was a native of Evergreen and received his early education in Evergreen schools. He received his BS Degree from Washington & Lee University and accepted a commission in the U.S. Navy. He served in the Pacific Theatre with distinction attaining the rank of lieutenant. After World War II, he entered the University of Alabama Law School and earned his LLB. Returning to Evergreen, he practiced law for about year before purchasing an interest in Evergreen Garment Co. In 1952, he was elected mayor of the City of Evergreen, one of the youngest men ever elected to this office. In 1954, he was elected a member of the State Democratic Executive Committee, serving until 1958.

Feb. 17, 1963 – Basketball legend Michael Jordan was born in Brooklyn, N.Y. He would go on to play for the University of North Carolina, the Chicago Bulls and the Washington Wizards.

Feb. 17, 1966 - The movie “The Chase,” screenplay by Alabama author Lillian Hellman, was released.

Feb. 17, 1966 - In testimony before the Senate Foreign Relations Committee, Gen. Maxwell Taylor stated that a major U.S. objective in Vietnam was to demonstrate that “wars of liberation” are “costly, dangerous and doomed to failure.” Discussing the American air campaign against North Vietnam, Taylor declared that its primary purpose was “to change the will of the enemy leadership.”

Feb. 17, 1968 - American officials in Saigon reported an all-time high weekly rate of U.S. casualties–543 killed in action and 2,547 wounded in the previous seven days. These losses were a result of the heavy fighting during the communist Tet Offensive.


Feb. 17, 1969 - The Spring Term of Conecuh County Circuit Court was scheduled to open in Evergreen, Ala. on this Monday morning with Circuit Judge Robert E.L. Key presiding. The grand jury was to have a number of cases presented to them by District Attorney Ralph L. Jones of Monroeville and County Solicitor Henry J. Kinzer.

Feb. 17, 1972 - Pink Floyd began a four-night stand in London. During the stand they premiered "The Dark Side of the Moon" a full year before it was released.

Feb. 17, 1974 – Thomas Gatch disappeared in a balloon during an attempted trans-Atlantic trip. He was last see 900 miles southwest of the Azores in the Bermuda Triangle.

Feb. 17, 1976 – Evergreen, Ala. Mayor William Henry Sessions, whose term was set to expire on Oct. 1, submitted his resignation to the Evergreen City Council, effective Feb. 29. The mayor told The Evergreen Courant that he was “resigning rather than have to submit his family and himself to the requirements of the State Ethics Law.” Sessions served on term on the council prior to being elected mayor in 1964. He was reelected to a second term in 1968, but didn’t seek reelection in 1972. He was named mayor by the council to fill the unexpired term of Mayor Coy L. Harper, when Harper resigned in October 1973.

Feb. 17, 1979 – Major League Baseball left fielder Josh Willingham was born in Florence, Ala. He would go on to play for the Florida Marlins, the Washington Nationals, the Oakland A’s, the Minnesota Twins and the Kansas City Royals.

Feb. 17, 1980 – The first winter ascent of Mount Everest was made by Krzysztof Wielicki and Leszek Cichy.

Feb. 17, 1989 – National Baseball Hall of Fame pitcher Lefty Gomez died at the age of 80 in Greenbrae, Calif. During his career he played for the New York Yankees and the Washington Senators. He was inducted into the Hall of Fame in 1972.

Feb. 17, 1998 – A red 1997 Pontiac Sunfire rental car belonging to Betty Lou Dougherty, 57, of Asheville, N.C. was found in a wooded area, more than eight miles off a paved road in the Range community of Conecuh County, Ala. The car still contained her personal belongings, and her family hired a private investigator in March 1998 to find Dougherty who had been last seen on Jan. 21, 1998.

Feb. 17, 2003 - Emmitt Smith of the Dallas Cowboys and owner Jerry Jones agreed that releasing Smith from the team was a "win-win situation." The formal announcement was made on Feb. 27.

Feb. 17, 2004 – State Representative Alan Boothe introduced House Joint Resolution No. 100 into the Alabama House of Representative, proposing that Conecuh Ridge Alabama Fine Whiskey be named the Alabama State Spirit. In a short time, the resolution was approved by the House by voice vote and was sent on to the Alabama Senate for their consideration.