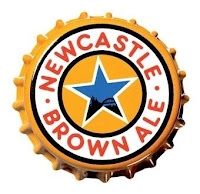 I recently had the pleasure of sampling a bottle of Newcastle Brown Ale and was very surprised by the taste of this high quality, imported beer.

Brewed by Newcastle Federation Breweries in Dunston, England, this beer was first introduced in 1927. Up until the 1980s, it wasn’t even available in most of England, but it’s now currently exported to over 40 countries on five continents.

According to the brewers, it’s the No. 1 packaged ale in the United Kingdom, and is one of the fastest growing beers in the U.S. The brewers describe it as having a “delicate fruit aroma, caramel and nutty malt taste” that makes it “pleasurable and easy to drink.” It contains 4.7 percent alcohol by volume.

In England, this beverage is served mostly in pint containers, but in the States, it comes in 12-ounce bottles (or is available on tap in some locales). These bottles have come in different styles over the years, and the current bottle features a different “Newcastle Brown Ale Fact.”

Here’s what the label on the bottle I had said.

“It’s well known that Newcastle Brown Ale is full of flavor and remarkably smooth. What’s less well known is that the birthplace of this legendary English beer owes its name to William the Conqueror’s son, Robert, builder of the ‘New Castle’ of 1080. A suitably royal heritage for our great tasting beer. And good reason to carry the city’s name proudly on our label.”

For more information about this beverage, visit newcastlebrown.com.