How would you rank these Best Picture Oscar winners from the 1950s? 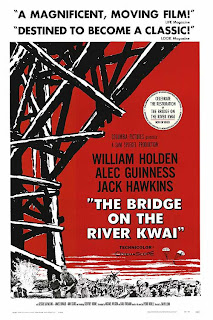 Well over a year ago, I first talked about how I had set out to watch all of the Academy Award winners for Best Picture. (As of this writing, I’ve only got two movies left to go!) I’m pleased to announce today that I recently finished watching all of the winners from the 1950s.

This group of 10 movies includes more than a few that I had never seen before, and, as you might have imagined, they were all very good. Which of these movies is the best is a hard question to answer, but what follows is my ranking of the Best Picture winners from 1950 to 1959.

No. 10 – “All About Eve” (1950): Based on the short story “The Wisdom of Eve” by Mary Orr, this movie’s about an enthusiastic fan who gets close to a Broadway star and ends up threatening the star’s career. Starring Bette Davis, Anne Baxter and Marilyn Monroe, this movie was nominated for 14 Academy Awards and won six. It was included in the National Film Registry in 1990.

No. 9 – “Gigi” (1958): Based on the novella “Gigi” by Colette, this musical romantic comedy starred Leslie Caron in the star role of Gigi. In essence, this movie is about a young woman who falls in love with and marries a friend that she at first considers an older brother. This movie won nine Academy Awards and was included in the National Film Registry in 1991.

No. 8 – “The Greatest Show on Earth” (1952): Directed by Cecile B. DeMille, this movie is largely about the romantic intrigues among workers employed by the Ringling Bros. and Barnum & Bailey Circus. Starring Charlton Heston and Jimmy Stewart, this movie was also a long one with a total run time of 152 minutes. This movie is supposedly the first one ever seen by big time director Steven Spielberg.

No. 7 – “An American in Paris” (1951): This musical was inspired by a George Gershwin musical composition and starred Gene Kelly in the lead role. In a nutshell, this movie’s about an American WWII vet trying to make a name for himself as a painter in Paris, that is, until he meets a special lady. This movie won six Academy Awards and was nominated for two others.

No. 6 – “Around the World in 80 Days” (1956): Based on the adventure novel of the same name by Jules Verne, this movie is about Phileas Fogg, who takes a bet that he can circumnavigate the globe in 80 days. Set around the year 1872, this movie, which starred David Niven as Fogg, won five Academy Awards. This movie was a long one, with a total runtime of 183 minutes.

No. 5 – “Ben-Hur” (1959): Based on the novel “Ben-Hur: A Tale of the Christ” by Lew Wallace, this movie is about a young, wealthy man in Jerusalem who becomes a galley slave and then a champion chariot racer in the Roman Coliseum. Starring Charlton Heston as Ben-Hur, this movie won 11 Academy Awards, including Best Picture. This movie was included in the National Film Registry in 2004.

No. 4 – “Marty” (1955): This movie starred a young Ernest Borgnine and Betsy Blair and is about a 34-year-old bachelor who’s just about given up finding a wife until he meets a nice girl at a dance. Winning four Academy Awards, this movie was included in the National Film Registry in 1994. As an example of how much things have changed, this movie was shot on a budget of $350,000.

No. 3 – “On the Waterfront” (1954): Based on a series of New York Sun articles by Malcolm Johnson, this movie is about a young man who stands up to corruption among the longshoremen in New York. Starring Marlon Brando and Karl Malden, this movie won eight Academy Awards. This is the movie that Brando utters that famous movie line, “I coulda been a contender.”

No. 2 – “From Here to Eternity” (1953): Based on the novel of the same name by James Jones, this movie is about a group of American GIs living in Hawaii just prior to the attack on Pearl Harbor. Starring Burt Lancaster, Deborah Kerr, Donna Reed, Frank Sinatra and Ernest Borgnine, this movie won eight Academy Awards. It was included in the National Film Registry in 2002.

No. 1 – “The Bridge on the River Kwai” (1957): Based on the French novel “The Bridger over the River Kwai” by Pierre Boulle, this WWII movie is about a group of British POWs who are forced to build a bridge for their enemies, the Japanese. Starring William Holden and Alec Guinness, this movie won seven Academy Awards. It was included in the National Film Registry in 1997.

Half the fun of doing a ranking like this is hearing how readers in the audience would have ranked the same movies? Which of the movies listed above is you favorite and why? How would you rank them one through ten? Let us know in the comments section below.
Posted by Lee Peacock at 7:01 PM