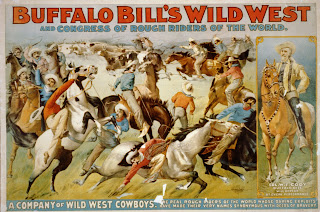 It’s that time of the month again, time to take a trip down memory lane and review all of the interesting things that took place in Conecuh County 100 years ago, way back in September 1913.

In the Sept. 4, 1913 edition of The Conecuh Record, editor J.C. Whitcomb reported that “hot, hotter and hottest has been the weather record for several days past.”

Readers that week also learned that “Capt. Cooper, an old and wealthy steamboat captain of Mobile, is spending some time with his daughter, Mrs. Lochmin Savage.”

It was also reported that week that “Chas. R. Calkins of Boston was in the city Sunday. Mr. Calkins taught music in Evergreen three years ago. He will teach in Montevallo this season.”

Whitcomb also reported that “the new cotton crop is finding its way to market at a lively rate” and that “the ginneries are kept busy preparing the fleecy staple for market.”

Also, “Manager Jones of the Conecuh Fertilizer Works reports business a little dull just now, but is looking forward to a lively trade when the business season proper opens up.”

Readers that week also learned that “county court was in session Monday.”

In the Sept. 11, 1913 edition of The Record, it was reported that “W.L. Stallworth, one of Evergreen’s oldest and most observant citizens, says that the past August was the driest known in this section for 60 years. This is a fact that but few of our people knew for the reason that they haven’t ‘been hereabouts’ long enough.”

Whitcomb also reported that week that “in an altercation among some men 2-1/2 miles west of Evergreen Sunday night, John Palmer, a bystander, was accidentally shot and killed. Three men have been arrested, charged with the shooting.”

Readers that week also learned that the “painters are putting the finishing touches on Belleville’s handsome new school building. We are informed that the prospects are fine for the current session of school. Dr. Skinner, who is at the head of the board of trustees, is making every possible effort to build up a first class school.”

It was also reported that week that “Dr. M.L. Tisdale, after spending a few days with his father, Circuit Clerk Tisdale, left last week for Washington and New York, where he will take some special courses. Dr. Tisdale is a Conecuh County product and possesses the ambition and talent necessary to place him in the front rank of his profession.”

In the Sept. 18, 1913 edition of the newspaper, Whitcomb told readers that “Conecuh County should have an exhibit at the Montgomery fair. We have seen specimens of cane and potatoes to say nothing of other products, grown by our farmers, that would take, at least, the blue ribbon. In the back lot of an Evergreen gentleman is a brood of young pigs that deserve a prominent place in any exhibit.”

Readers that week also learned that “Jno. L. Jones, postmaster at Paul, Ala., reports cotton crop in that neighborhood better than at first thought, but the corn crop is short.”

It was also reported that “an ice cream supper will be held at Burgamy school house, five miles south of Evergreen, for benefit of library for school.”

That week’s paper also included the following notice – “I have sold my mercantile business to A.F. Davis and will move my pressing club and newsstand into the Sewell sample room or the old Hartley millinery store. (Signed) T.A. Gantt.”

It was also reported that week that “Mobile was visited by a storm on Saturday and Sunday when 11 inches of rain fell.”

Whitcomb closed out the week by reporting that the “city school will open next Monday, the 15th.”

In the Sept. 25, 2013 edition of the paper, under the headline “Death of a Useful Man,” it was reported that “James E. Ellis, age 73 years, died at his home in China last Saturday at six o’clock p.m. The funeral was conducted by the Masonic fraternity Sunday afternoon at the Witherington cemetery.”

Readers that week also learned that “J.D. Foshee of Cohassett was in the city recently.”

That week’s paper also included the following announcement – “The U.C.V. of Camp Wm. Lee, No. 338, earnestly request the U.D.C.’s of the former Evergreen Chapter to meet Train No. 5, 10 a.m., Sat., Sept. 27, to meet the U.D.C. of Greenville, Ala. to give the Crosses of Honor to the veterans at the courthouse.”

Whitcomb also reported that week that “Miss Dora Amos will take charge of the Garland school, Rt. 1, on the 13th of October. This is one of the largest schools in that section, and both community and teacher are to be congratulated.”

Whitcomb closed out the month by telling readers that the “Buffalo Bill attraction at the Arcade Theatre Oct. 1 will be enjoyed by one of the largest houses of the season.”


Well, I guess that’s all that space will allow for this month. Next month, I plan to take a look at the events of October 1913 in Conecuh County. Until then, if you get the urge to research the county’s past yourself, take advantage of the Evergreen-Conecuh County Public Library’s excellent selection of old newspapers on microfilm and other resources. The library’s friendly and courteous staff will be more than happy to get you started.
Posted by Lee Peacock at 7:05 AM