This week's movie picks are 'Riddick' and 'Sharknado' 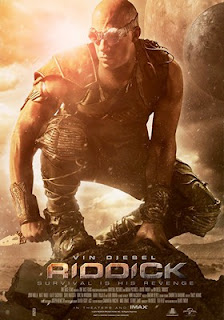 
I hope this will serve as a useful guide as to what’s going on this week if you happen to be near a movie theatre or if you’re looking for something to drop into your NetFlix queue or pick up at the local Redbox.

- From Up on Poppy Hill (Family, Romance, PG): Directed by Goro Miyazaki and starring the voices of Sarah Bolger and Anton Yelchin.

In the end, let me know if you get a chance to watch any of the new movies in theatres this week or if you’ve already seen any of the movies that have just been released on DVD. What did you think about them? Which would you recommend? Let us know in the comments section below.
Posted by Lee Peacock at 2:16 PM