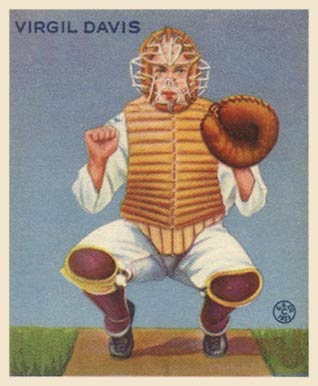 Dec. 20, 1522 – During the Siege of Rhodes, Suleiman the Magnificent accepted the surrender of the surviving Knights of Rhodes, who were allowed to evacuate. They eventually settled on Malta and became known as the Knights of Malta.

Dec. 20, 1606 - The "Susan Constant," "Godspeed" and "Discovery" set sail from London. Their landing at Jamestown, Va. was the start of the first permanent English settlement in America.

Dec. 20, 1803 – The United States Senate ratified a treaty that included the purchase of the Louisiana Territories from France for $15 million. The transfer, known now as the “Louisiana Purchase,” was completed with formal ceremonies in New Orleans.

Dec. 20, 1820 – The Town of Claiborne in Monroe County, Ala. was officially incorporated.

Dec. 20, 1820 – Garrett Longmire took office as Justice of the Conecuh County Court. He owned Longmire’s Store, which was an early trading center, stage stop and post office as early as 1818.

Dec. 20, 1823 – Capt. Hayden set the then record for fastest trip from Mobile, Ala. to Montgomery, Ala., making the 450-mile trip in three days and 10 hours in the 123-ton steamboat, The Henderson, which sank on April 27, 1825 after colliding with the Balize about one mile from Claiborne.

Dec. 20, 1824 – During his tour of the United States, the Marquis de Lafayette was formally received at the statehouse in Annapolis, Md.

Dec. 20, 1860 - South Carolina became the first state to secede from the Union when state official ratified the ordinance of secession from the United States.


Dec. 20, 1883 – Confederate veteran Joseph R. Bass of Evergreen arrived in Caddo Mills, Texas. He’d moved to Caddo Mills from Jefferson, Texas, where he’d lived for about 18 years. He moved to Texas from Evergreen in December 1865, following the Civil War.

Dec. 20, 1900 – Major League Baseball catcher Charles Leo “Gabby” Hartnett was born in Woonsocket, R.I. He would go on to play for the Chicago Cubs and the New York Giants. He also managed the Cubs from 1938 to 1940.

Dec. 20, 1901 – Physicist Robert Van de Graaff was born in Tuscaloosa, Ala. and is best known for the electrical generator that carries his name. A Van de Graaff generator primarily consists of a hollow metal globe standing on a thick, hollow pole. Inside the pole, a pair of pulleys drive a belt of silk over a pointed metal comb that is hooked to an external power supply. The comb and one pulley sit at the base of the pole, the second pulley sits inside the metal globe, and as the belt runs it builds up impressively large static electric charges — Van de Graaff’s original hand-built generator, which is now housed at the Boston Museum of Science, can generate more than 2 million volts on a dry day.

Dec. 20, 1905 – The Ina Lehr Stock Company was scheduled to perform “East Lynne” at the Opera House in Evergreen, Ala.

Dec. 20, 1928 – Pro Football Hall of Fame safety and coach Jack Leroy Christiansen was born in Sublette, Kansas. He would go on to play for Colorado State and the Detroit Lions.

Dec. 20, 1942 – Pro Football Hall of Fame wide receiver Bob Hayes was born in Jacksonville, Fla. He would go on to play for the Dallas Cowboys and the San Francisco 49ers.

Dec. 20, 1946 - The Frank Capra film "It's A Wonderful Life" had a preview showing for charity at New York City's Globe Theatre, a day before its "official" world premiere. James Stewart and Donna Reed star in the film.

Dec. 20, 1949 – Major League Baseball outfielder and designated hitter Oscar Gamble was born in Ramer, Ala. He would go on to play for the Chicago Cubs, the Chicago White Sox, the Cleveland Indians, the Philadelphia Phillies, the New York Yankees, the San Diego Padres and the Texas Rangers.

Dec. 20, 1959 - A television version of Alabama author Ambrose Bierce's story "An Occurrence at Owl Creek Bridge" was broadcast as part of the “Alfred Hitchcock Presents” series.

Dec. 20, 1966 – Marine Lance Cpl. Dalton Buster Lowery of Brewton, Ala. was killed in action in Vietnam.

Dec. 20, 1993 - It was announced that NBC would retain the rights to the National Football League's (NFL) AFC package.

Dec. 20, 2008 - The Dallas Cowboys played their final game in Texas Stadium before moving to their new stadium in Arlington, Texas.
Posted by Lee Peacock at 10:20 AM