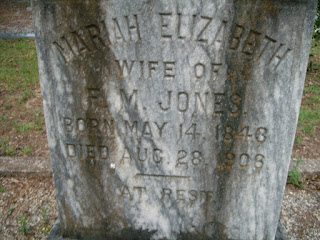 The Monroe Journal newspaper in Monroeville, Ala., under the direction of editor and proprietor Q. Salter, published five editions 110 years ago during the month of August 1906. Those issues, which were dated Aug. 2, Aug. 9, Aug. 16, Aug. 23 and Aug. 30, can be found on microfilm at the Monroe County Library in Monroeville, Ala. What follows are a few news highlights from those five editions. Enjoy.

Mr. V.J. Herlong, president of the Manistee Mill Co., was in Monroeville Saturday on business.

The annual session of the Monroe County Masonic Conference will convene at Tunnel Springs next Tuesday, Aug. 7, and continue in session three days.

Mr. G.W. Broughton had the misfortune to lose his dwelling and part of its contents by fire at Tekoa last Saturday morning. The fire was discovered about 10 o’clock a.m. and is supposed to have originated from a faulty flue.

Southwest Alabama Agricultural School, Evergreen, Ala.: The next session of this school will open on Sept. 3. The faculty consists of nine experienced teachers. Full literary, scientific and music courses offered. Tuition free. Board $10 per month. Catalog free on request. Address J.A. Liner, Principal.

Poplar Springs: Prof. Barnes is teaching our school this summer. We are proud to have him with our boys and girls.
Miss Clara Mims from Wilcox is teaching a flourishing school at Nero now.

Buena Vista: Mr. Davis from the neighborhood of Fatama is superintending the blacksmith shop of J.J. Finklea & Sons.

Mr. J.W. Wilkerson was up from Manistee the first of the week.

Our genial and generous sheriff Mr. M.M. Fountain will accept the thanks of The Journal for two fine watermelons.

Mr. D.C. Mims of McGill stopped over in Monroeville Monday on his way to attend the County Masonic Conference at Tunnel Springs.

Cotton is beginning to open, reminding us of the approach of fall. The first open bolls of the season were reported to The Journal by Mr. Russell Broughton of Monroeville and Hixon Bros. of Hixon on the 29th ult.

The Monroe County Masonic Conference is in session at Tunnel Springs this week. Dr. T.M. McMillan, O.O. Bayley, T.S. Wiggins, I.B. Slaughter, J.M. Sowell and Q. Salter are among those in attendance from this place.

Manistee: New life has sprung up in the Masonic Fraternity at this place. The brotherhood of various lodges have united and will endeavor to establish a lodge some time in the near future. We will be pleased to have any brother who would like to become a charter member to meet at Manistee on Saturday night, Aug. 11, at seven o’clock.

Mr. J.R. Montgomery of Eliska passed through town last week on his return from the Masonic Conference at Tunnel Springs.

Pineville: The storm of wind, hail and rain last Thursday injured the corn and cotton very much and tore up the trees in a belt of country just beyond our neighborhood.

Jones Mill: Mr. W.L. Middleton is rearing up a fine, two-story dwelling at this place which will be quite a handsome building when completed.

Excel protracted meeting closed with several accessions to the church, and am sure they had a good revival; but there seems to be a few of very little, dingy rogues around there yet, that needs the religion of the Lord Jesus Christ, as there was several good buggy whips and pistols stolen from buggies during the night preaching. Such rogues are very, very cheap, but few people want to keep them up.

COUNTY MASONIC CONFERENCE: The Monroe County Masonic Conference closed a most pleasant and profitable three days session at Tunnel Springs last Thursday. The conference convened on Tuesday with representatives present from all chartered lodges in the county and a number of visitors from adjoining counties.
The following officers were elected: D.C. Mims, Worshipful Master; S.H. Dailey, Senior Warden; J.W. Hadley, Junior Warden; R.E. Barnes, Secretary-Treasurer. The next session of the Conference will be held at Blacksher Lodge, Maros, Ala.

Special Term Commissioners Court: It is ordered that a special term of the Commissioners’ Court of Monroe County be held at the courthouse thereof on the 10th day of Sept. 1906, for the purpose of considering the advisability of selling the old courthouse building of said county. – I.B. Slaughter, Judge of Probate.

Prof. L.K. Benson, the new principal of our school, has arrived and is at work in its behalf.

Miss Jennie Faulk left a few days ago for St. Louis to purchase her fall stock of hats, millinery and ladies goods.

Messrs. Barnett & Jackson have unloaded three solid carloads of furniture and stoves within the last few days, the first carloads that have been actually shipped into the town. These came over the Monroeville branch of the Manistee & Repton railway.

Perdue Hill: Dr. G.H. Harper and W.M. Florey were up from Mainstee this week.

Buena Vista: Mr. M.V. Middleton is having his store repaired and has put in a nice lot of furniture. Mr. J.J. Finklea has put a pretty new face on his nicely furnished store.

Pineville: Mr. Julius Farish’s little boy was playing in the yard at home, a few days ago, and was badly bitten by an angry dog. His cheek was mangled and his eyelid bitten, but he is recovering. They shot the dog.

There is a new store opened up in Beatrice, by Messrs. Fox and Wasden.

Miss Callie Faulk, who has a prosperous school at Franklin, is with home folks this week.

Miss Jennie Faulk has returned from St. Louis where she went to purchase her line of fall hats and millinery.

The Hudson ginnery started up last week and will probably be kept constantly busy from now until the close of the cotton season. The first bale was turned out for Mr. C.E. Broughton whose farm is near town.

Death of Mrs. F.M. Jones: Mrs. Maria E., wife of Capt. F.M. Jones, died at Tuscaloosa, Ala., on Tuesday morning, Aug. 28, aged 63 years. Mrs. Jones had been an inmate of the hospital at Tuscaloosa for a number of years. The remains are expected to arrive on this afternoon’s train and will be interred in the Methodist cemetery on arrival.

Prof. L.K. Benson spent Sunday and Monday with his brother at Camden.

Mr. John McDuffie was over from River Ridge Wednesday circulating among his many friends.

Capt. Thos. S. Wiggins has returned from a few days sojourn at the Wilcox Mineral Springs.
Posted by Lee Peacock at 9:33 AM