An historical walking tour in Evergreen would attract history-minded tourists 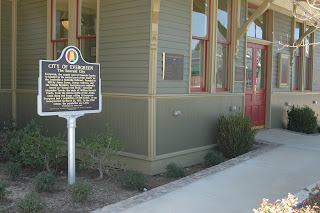 In the course of my job, I often hear people talk about things that would attract people to Evergreen and Conecuh County. This subject often comes up at public meetings, and our local elected officials and business leaders have a lot of good ideas when it comes to ways to attract visitors to our area.

For what it’s worth, I thought I’d throw in my two cents this week to talk about something that would be inexpensive to establish and would bring a few tourists to Evergreen: a self-guided historic walking tour of downtown Evergreen.

Evergreen has a rich, unique and interesting history and a tour of this type would attract history-minded tourists to Evergreen’s downtown area. I’ve taken self-guided walking tours of Monroeville, Camden, Greenville, Selma and the downtown areas of Mobile, Montgomery and Pensacola. Every one of these tours was self-guided, that is, there was no need for a human tour guide to lead me around. You just follow a brochure-style map that tells you where to go and describes the historic locations along the route.

The establishment of a walking tour in Evergreen, which has been discussed in the past but never gotten past the discussion phase, would be relatively inexpensive to establish. As far as I can tell, the biggest expense would be the printing of a brochure that would map out and describe the sites on the tour. Printing costs could be kept low by offering the brochure for download on the local Chamber of Commerce’s web site, so that anyone interested in taking the tour could print it at home at no cost to any local public organization. These brochures could also be made available for pick up at the library, the Chamber of Commerce office and at city hall.

Visitors wouldn’t necessarily have to enter any of these locations, and the brochure would provide them with detailed information about each site. The tours in Camden, Mobile, Monroeville, Montgomery, Greenville and Selma are designed this way, allowing tour-takers to move along at their own pace. I’ve taken all of those tours in the past several years, and they’re each about an hour long, give or take. These tours were created by a wide variety of organizations, including the Boy Scouts, local museums, tourism departments, Chambers of Commerce, historical societies and visitors centers.

In the end, I think a historic walking tour in Evergreen would be an inexpensive way to attract a few tourists to downtown Evergreen. It probably wouldn’t bring a flood of sightseers to the city, but it would attract folks who enjoy local history, old architecture and the chance to see “old-timey” places up close.

And while those people are here, they’ll be spending their money in our local gas stations, restaurants and possibly in our hotels. I know that I’m not alone when I say that I’d be happy to help work on the creation of a historic walking tour of downtown Evergreen, so if anyone out there is interested in this project, let me know. I’m no local history expert, but I think it would be a worthwhile project for Evergreen.
Posted by Lee Peacock at 3:10 PM