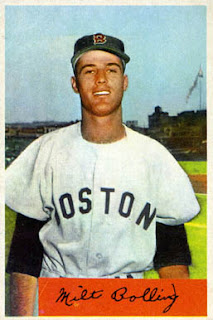 Aug. 9, 1173 – Construction of the campanile of the Cathedral of Pisa (now known as the Leaning Tower of Pisa) began. It would take two centuries to complete.

Aug. 9, 1776 - On Staten Island, Guy Johnson, British Superintendent of Indian Affairs, returned from England and shared his belief that the Iroquois would choose to ally themselves with the British. Johnson reassured British Secretary of State for the American Colonies Lord George Germain that the Iroquois Six Nations would cooperate with the royal troops as soon as Generals William Howe and John Burgoyne initiated the “grand operation” to quell the American rebellion. The Patriots, he felt, could depend only on those Indians who came under the influence of New England missionaries, which was a small fraction of the total number of Indians in the northern provinces.

Aug. 9, 1790 - The Columbia returned to Boston Harbor after a three-year voyage. It was the first ship to carry the American flag around the world.

Aug. 9, 1809 - The first sale of public lands in Madison County, Ala. was held on this day. Georgia planter Leroy Pope purchased acreage around Big Spring and succeeded in having it selected as the county seat on July 5, 1810. White settlers had been arriving at Ditto's Landing on the Tennessee River and in the area of present-day New Market between 1802 and 1804. John Hunt, arrived from Tennessee and settled in the area known as Big Spring in 1805. That same year the Chickasaw ceded their rights to the area and the Cherokee ceded their lands in January 1806, and illegal settlement began in earnest. By the time Madison County was established by the Mississippi Territorial Legislature in December 1808, the village known as Hunt's Spring boasted a population of 300. Between 1810 and 1819, Madison County grew rapidly in both population and size with further public land sales. By the time Alabama became a state on December 14, 1819, Huntsville was a commercial center in the heart of a rich cotton-based agricultural region.

Aug. 9, 1814 - The Treaty of Fort Jackson was finalized after warring Creeks, under the leadership of William Weatherford, aka “Red Eagle,” surrendered to Gen. Andrew Jackson and ceded their lands to the federal government. This event opened up half of the present state of Alabama to white settlement.

Aug. 9, 1844 – James Berney Stanley, founder and longtime editor of The Greenville Advocate, was born in Hayneville in Lowndes County. He served with the 17th Alabama and was severely wounded at Franklin, Tenn. He established The Advocate in November 1865.

Aug. 9, 1845 – Nicholas “Nick” Stallworth was born in Evergreen. On April 24, 1861 at Sparta, he joined the Conecuh Guards as a private at the age of 15, becoming the youngest member of the 4th Alabama Infantry Regiment. He was wounded in left forearm and right thigh at Cold Harbor (Gaines Mill) and later became adjutant of 23rd Alabama Regiment. He became an attorney after the war, a state representative and solicitor of 11th Judicial Circuit.

Aug. 9, 1848 - Martin Van Buren was nominated for president by the Free-Soil Party in Buffalo, New York.

Aug. 9, 1854 – “Walden” by Henry David Thoreau was first published. It took five years to sell off the first edition of 2,000 copies, and Thoreau did not live to see a second edition. Since then, millions of copies of “Walden” have been sold.

Aug. 9, 1862 – During the Civil War, Confederates scored a narrow victory at the Battle of Cedar Mountain as Confederate General Thomas J. "Stonewall" Jackson narrowly defeated a Union force led by General John Pope at Cedar Mountain, Va. Union losses totaled 2,300 out of 8,000. The Confederates suffered 1,300 casualties out of 18,000.

Aug. 9, 1862 – During the Civil War, skirmishes were foughtat Salem, Walnut Creek, and Sear’s Ford, on the Chariton River, Missouri.

Aug. 9, 1862 – During the Civil War, a Federal expedition was conducted against Indians from Fort Walla Walla to the Grand Ronde Prairie, the Washington Territory.

Aug. 9, 1863 – During the Civil War, skirmishes were fought at Garden Hollow, near Pineville, Arkansas; at Ash Hill, Arkansas; at Sparta, Tennessee; and at Brandy Station and Welford’s Ford, Virginia.

Aug. 9, 1863 – During the Civil war, a Federal expedition was carried out from Cape Girardeau to Poplar Bluff, Arkansas.

Aug. 9, 1864 – During the Civil War, now that Fort Gaines on Dauphin Island, had surrendered and Fort Powell at Cedar Point had been abandoned, the Federal siege of Fort Morgan, Ala. began. Major General John Granger embarked for Navy Cove, four miles down the peninsula from Fort Morgan on the bay side of Mobile Bay. The commander of Fort Morgan, General Richard L. Paige, caused the gunboat Gaines to be burned, the hospital and other outbuildings. After landing, the Federals moved forward and by nightfall, Granger’s force was less than two miles from Fort Morgan.

Aug. 9, 1864 – During the Civil War, a skirmish occurred near Pond Springs in Northern Alabama.

Aug. 9, 1864 – During the Civil War, a six-day Federal operation began in Central Arkansas. Skirmishes were also fought at Hatch’s Ferry, Arkansas; along Hurricane Creek and at Oxford, in Northern Mississippi; and near Sycamore Church, Va.

Aug. 9, 1864 – During the Civil War, an explosion of Federal ordnance at City Point, Virginia, occurred as two Confederate agents smuggled a bomb aboard an ordnance supply ship unloading at the docks. The initial blast caused sympathetic detonations of nearby ordnance.

Aug. 9, 1867 – Rev. Fielding Straughn of Belleville, one of Conecuh County’s earliest settlers, passed away at the age of 83.

Aug. 9, 1877 - Paleontologist Timothy Abbott Conrad passed away in Trenton, N.J. He studied the fossil beds at Claiborne for two years with Charles Tait and published the first geologic map of Alabama. During his time at Claiborne, Conrad shipped cases full of fossils back to Philadelphia for identification.

Aug. 9, 1886 - Commissioners Court was scheduled to convene in Monroeville on this Monday.

Aug. 9, 1897 – George Bradley was tried for the June 17 murder of Richard Rumbley at Rumbley’s store near Pleasant Ridge. Bradley was found guilty and hung on Sept. 17, the second hanging in Monroe County since the Civil War.

Aug. 9, 1899 – Everette Howard Brown was born in Conecuh County, Ala. During World War I, while serving with the 167th Regiment, 42nd U.S. Division (Rainbow), he would be killed in action on July 27, 1918 in France. He enlisted in the Alabama National Guard’s Co. G, 1st Ala. Infantry in Bay Minette on June 17, 1917. He is buried in the Oise-Aisne American Cemetery, Fere-en-Tardenois, in France.

Aug. 9, 1910 – Alfred Robert “Son” Boulware Jr. was born. Many believe Boulware was the inspiration for Harper Lee’s Boo Radley. He died of tuberculosis on May 2, 1952 and is buried in Monroeville, Alabama’s Pineville Cemetery.

Aug. 9, 1915 - The midsummer term of the Monroe County Law and Equity Court convened for a two-week term in Monroeville, Ala. There were three convictions for felonies during the term. One defendant was given a two-year penitentiary sentence and two received sentences to hard labor for 18 months and six months, respectively. Fines imposed during the term amounted to about $1,000.

Aug. 9-11, 1916 - The three-day Conecuh County Masonic Conference was scheduled to be held at the Repton Masonic Lodge. J.M. Pearson, chairman of the Committee on Work of the Grand Lodge, was expected to conduct the conference. P.S. McKinley was Secretary.

Aug. 9, 1930 – Major League Baseball infielder Milton Bolling was born in Mississippi City, Miss. During his career, he played for the Boston Red Sox, the Washington Senators and the Detroit Tigers. After his playing days, Bolling spent more than 30 years with the Red Sox, first as an executive assistant to owner Tom Yawkey, and later as an area scout based in Alabama.

Aug. 9, 1936 – During the Summer Olympic Games of the XI Olympiad, Jesse Owens won his fourth gold medal at the games.

Aug. 9, 1942 – Major League Baseball center fielder Tommie Agee was born in Magnolia in Marengo County, Ala. He would go on to play for the Cleveland Indians, the Chicago White Sox, the New York Mets, the Houston Astros and the St. Louis Cardinals. He is best known for making two of the greatest catches in World Series history, both of which occurred in game three of the 1969 World Series.

Aug. 9, 1960 – Kathy Jane Beasley, age six, was killed in a two-vehicle accident on U.S. Highway 31, two miles north of McKenzie. Her mother, Bobbie Fay Beasley; a 15-month-old named Paul; Dempsey Goodwin of Detroit, Mich.; and Mr. and Mrs. Clarence Hanks of Akron, Ohio were also injured in the accident. Goodwin and the Hanks couple were all in the same vehicle and were on their way to visit Goodwin’s brother in Evergreen.

Aug. 9, 1961 – Greening Masonic Lodge No. 53 was dedicated on Edwina Street in Evergreen, Ala. and the cornerstone of the new lodge building was laid in a ceremony conducted by officers of the Grand Lodge. The ceremony was scheduled to begin at 2 p.m.

Aug. 9, 1964 – Monroeville’s team in the Conecuh Amateur Baseball League split a doubleheader against league leading Damascus in Monroeville, Ala. Monroeville lost the first game, 3-0, but won the second game, 4-3, behind the pitching of lefthander Gary Downs.

Aug. 9, 1966 – The first bale of cotton of the 1966 crop in the entire state of Alabama was ginned in Evergreen, Ala. on this day at the Evergreen Gin Co. J.T. Ward, well-known farmer and agricultural leader, brought Alabama’s first bale to the gin on this day, and this was the first time it was known that Conecuh County produced the first bale. Ward’s first bale weighed a net of 502 pounds and graded Middling 1-1/6 inch staple. It was auctioned off on Aug. 12 at the Evergreen Gin, bringing a premium price of 79 cents per pound, a total of $396.35. Weil Brothers of Montgomery bought the cotton.

Aug. 9, 1967 – Pro Football Hall of Fame cornerback and return specialist Deion Sanders was born in Fort Myers, Fla. He went on to play at Florida State, the Atlanta Falcons, the San Francisco 49ers, the Dallas Cowboys, the Washington Redskins and the Baltimore Ravens. He was inducted into the Hall of Fame in 2011.

Aug. 9, 1975 - The New Orleans Superdome was officially opened when the Saints played the Houston Oilers in exhibition football. The new Superdome cost $163 million to build.

Aug. 9, 1975 – The T.R. Miller Mill Co. of Brewton won the Evergreen Quarterback Club’s softball tournament in Evergreen, Ala. on this Saturday. Johnston’s Big T team won second, and a team from Slocomb finished third in the tournament, which was organized by the Rev. Zedoc Baxter and Terry Coleman. Other teams in the tournament, which was held to raise funds for a new Evergreen High School football dressing room, included Flxible Southern, Conecuh-Monroe Counties Gas District, Southern Equipment of Brewton and a team from Selma.

Aug. 9, 1985 – NFL quarterback JaMarcus Russell was born in Mobile, Ala. He went on to play for Williamson High School, LSU and the Oakland Raiders.

Aug. 9, 2015 – Pro Football Hall of Fame halfback and flanker Frank Gifford died at the age of 84 in Greenwich, Connecticut. During his career, he played for Southern Cal and the New York Giants. He was inducted into the Hall of Fame in 1977.
Posted by Lee Peacock at 4:54 PM