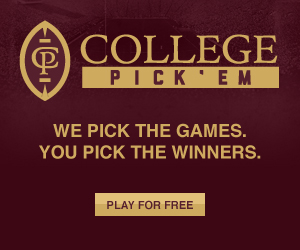 One thing that I look forward to every year as we approach the start of the college football season is the beginning of ESPN.com’s College Football Pick ‘Em Contest.

Again this season, I’m inviting readers of The Courant to sign up for a local group in the contest, which will allow you to compete against college football fans in this area. A group of friends and I have participated in this free online contest for 14 years, and there are always a few upsets, controversies and surprises. It will definitely make your college football season a lot more interesting and fun.

Here's how the contest works: Each week during the coming college football season, you'll pick the winners of 10 games for the upcoming college football weekend. Your correct picks will be added up after the weekend's games to give you your total for the week. Whoever gets the most right, wins. If you don’t do so hot one week, don’t worry, the contest runs for 14 weeks. This contest’s a marathon, not a sprint.
To sign up for the game, go online and visit the contest website at http://games.espn.com/college-football-pickem/2016/en/ (or you can just Google “ESPN College Football Pick ‘Em Contest.”) Once there, sign in with your ESPN.com member name. If you don't have an ESPN.com account, take about two minutes to sign up for one. It's absolutely free, as is the contest. It's easy, especially for those of you who are Internet savvy enough to find the contest site online.

Once you've got your account and have signed in, create your own contest entry. Click on "Create Entry," and follow the simple instructions. When you get to the “Name Your Entry” part, I ask that you USE YOUR REAL NAME, so that we can post the standings each week in the paper.

Once you've created an entry, you can join our local group of football fans, allowing you to compete against other contestants from Conecuh County and other areas. This is where the real fun comes in.
I've set up a group that all of you can join, so we'll all be able to compete against each other in the contest. Go ahead and click on "Create or Join a Group." That'll take you to another page, where you'll be able to join our local group.

The name of our group this year is called "South Alabama FB Experts." Enter that in the appropriate space (without the quotation marks and period). If you played last year, all you have to do is click “rejoin,” and it’ll automatically put you in the same group we had last season.

Our group is a private group, so you'll have to have a password to join. Our password is "football." Just type it in without the quotation marks and the period. In the end, if you have any trouble signing up, getting started or if you have any other questions, just e-mail me at courantsports@earthlink.net. If you’re interested in signing up, don’t delay, the contest officially kicks off on the first full Saturday of the college football season, Sept. 3, which is just around the corner.

Our thirteenth annual ESPN College Pick ‘Em contest ended in early December of last year, and many of you will remember that Ricky Taylor claimed last year’s “Mr. Football” title by finishing in first place. During the 14-week contest, Taylor correctly picked the outcomes of 99.8 percent of the games in the contest and earned bragging rights for the next 12 months.

Jonathan Tuberville and Jeremy Matheny finished tied for the No. 8 spot. Deagan Dailey finished tenth overall.
Posted by Lee Peacock at 11:14 AM