And just like that, Jose Bautista gets fired from the Atlanta Braves 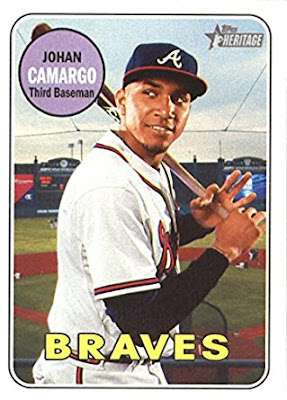 And just like that, Jose Bautista gets fired from the Braves.

The Atlanta Braves have been red hot lately, but I have to admit that it came as a shock before Sunday’s game against the Marlins when Braves general manager Alex Anthopoulos announced that they’d released Bautista. Bautista, a former batting champion who is now a little long in the tooth, will likely be replaced at third base by youngster Johan Camargo.

Aside from that unusual hiccup, the Braves have been clipping right on along. Since Monday of last week, they’ve gone 4-2 and won series against the Cubs and Marlins. Atlanta was supposed to play a game against the Cubs last Thursday, but that game was postponed until Aug. 30 due to rain.

This time next week, our local schools will have closed their doors for the summer, which means that the local sports scene will slow way down until preseason football practice begins. The regular season schedules will open up a few weeks later as will the college and professional football seasons a short time later. That’ll give us all a little something to look forward to as we slog our way through the long, hot, humid summer.

Also this week, I saw where the AISA had recently released its updated classifications for the 2018-2019 and 2019-2020 school years. Thirty-six of the AISA’s member schools will compete in football next season while 41 will compete in basketball, baseball and softball.

Taking a look at the student numbers used to calculate these alignments is always interesting. Of the schools playing football, Sparta and Marengo are tied for being the fourth smallest schools in the state, right behind Crenshaw Christian. Snook Christian, which is located in Foley, is the smallest football-playing school in the AISA. Lee-Scott Academy in Auburn is the largest sports-playing school in the AISA at nearly four times the size of Sparta.

Sparta is scheduled to kick off its regular season football schedule on Aug. 17 when they play Cornerstone Christian in Columbiana. At first glance, Aug. 17 seemed real early to me and when I checked it, I learned that this will be the earliest season-opener in school history. This date breaks the previous mark of Aug. 18, which was set last year when the Warriors played Cornerstone on that date in Evergreen.
Posted by Lee Peacock at 3:43 PM