Schechter's 'Winning Fantasy Baseball' is a must-read for baseball fans 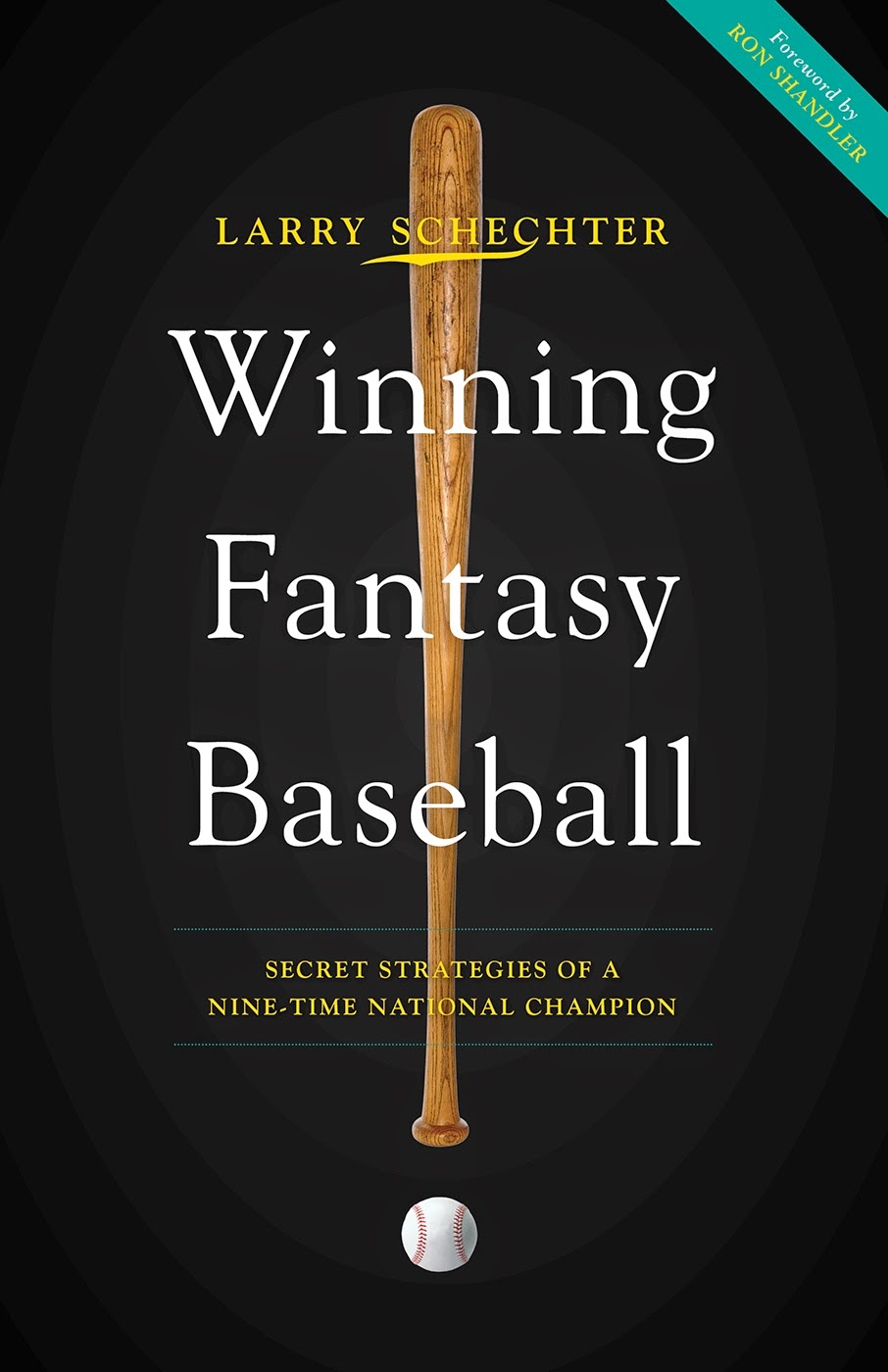 Like a lot of armchair baseball fans, I’ve dabbled in fantasy baseball over the years, but it’s something I’ve never taken very seriously or had much success with.

That may change though next season thanks to a great, new book that I finished reading over the weekend, Larry Schechter’s “Winning Fantasy Baseball: Secret Strategies of a Nine-Time National Champion.” It’s the best book that I’ve ever read about fantasy baseball, and it’s my feeling that many of you in the reading audience would enjoy reading it as well.

For those of you unfamiliar with fantasy baseball, it’s a game, usually played online, in which fans compete against one another by “managing” rosters made up of real-life Major League baseball players. Your success (or lack of success) is based on how your players perform day-to-day in their real-life games, and you receive points based on their real-life stats. The game starts at the beginning of each Major League season and usually runs 26 weeks through the end of the league’s 162-game season.

Published in January by the Emerald Book Co., “Winning Fantasy Baseball” will benefit novice and expert fantasy players alike. It’s packed with commonsense explanations of Schechter’s successful methods and strategies, and teaches the reader how to rate and value Major League players. There’s a lot to enjoy in this book, but my favorite part was Schechter’s discussion of the origins of fantasy baseball and “fantasy basics.” In less than 20 pages, he tells you everything you need to know to begin playing and enjoying fantasy baseball.

Other topics discussed in detail in the book include player auction and draft strategies, bidding tactics, Sabermetrics, position scarcity and in-season management. He also included a detailed discussion of how player age, pitching match-ups, different stadiums and contract terms impact on-field performance. He even tells you how to determine if a player’s performance is being affected by his teammates and by good, old-fashioned bad luck.

Even baseball fans who don’t play fantasy baseball will also enjoy Schechter’s book. After reading it, you’ll likely never look at the game and players the same way again as you learn how experts like Schechter rate, value and evaluate players at all levels. He also teaches you how to project how a player will perform over the course of a season based on their past history.

Schechter is uniquely suited to write this book. He is considered one of the best fantasy baseball players in the world and won the CDB Sports national salary-cap challenge in 2002, defeating 7,500 teams. Three years later, he beat out 6,000 teams to become the first two-time champion ever in that contest. He is also a six-time winner of the renowned Tout Wars experts league and a winner of the USA Today-sponsored League of Alternative Baseball Reality.

In the end, I highly recommend this book to casual and serious baseball fans alike, whether you play fantasy baseball or not. Copies of the book are available at major bookstores and online through Amazon and Barnes & Noble. You can also buy copies of it through Schechter’s Web site, www.winningfantasybaseballthebook.com.
Posted by Lee Peacock at 8:28 AM