100-year-old news highlights from The Monroe Journal from Feb. 1915 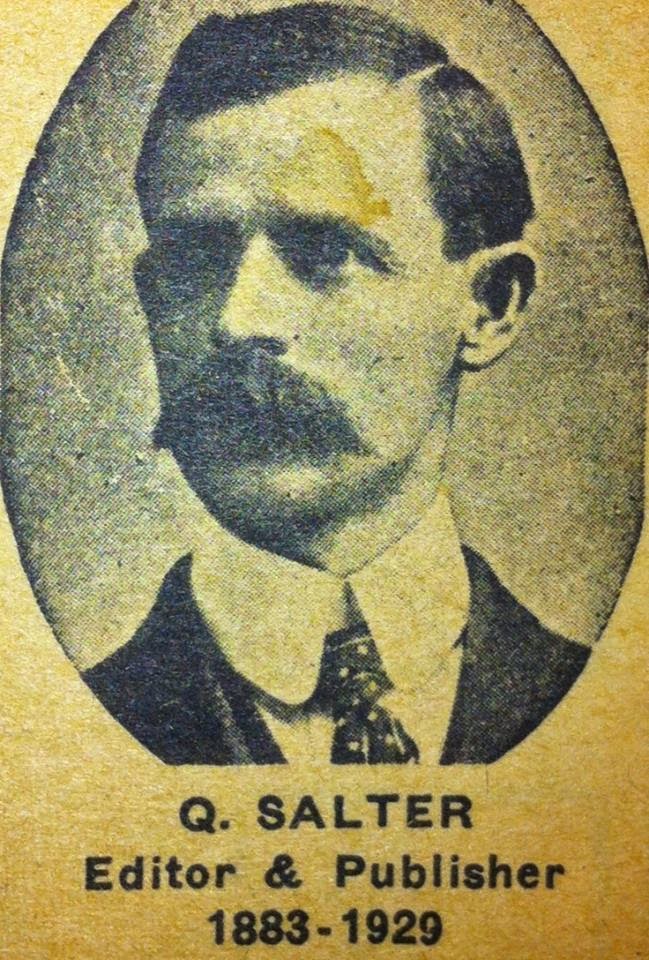 The Monroe Journal newspaper in Monroeville, Ala., under the direction of Editor and Proprietor Q. Salter, published four editions 100 years ago during the month of February 1915. Those issues, which can be found on microfilm at the Monroe County Library in Monroeville, were dated Feb. 4, Feb. 11, Feb. 18 and Feb. 25. What follows are a few news highlights from each of those editions. Enjoy.

The third attraction in the Lyceum series will be presented at the High School auditorium on Tuesday evening, Feb. 9. Wells Watson Ginn will appear in the varied and entertaining role of impersonator and reader.

We want to thank both white and colored who came to our assistance last Friday afternoon, Jan. 29, when our home was about to be destroyed by fire. Mr. and Mrs. L.E. Foxworth, Beatrice, Ala.

The little daughter of Prof. and Mrs. G.A. Harris was stricken with appendicitis a few days ago and it became necessary to remove the little sufferer to a sanitarium in Selma where she was successfully operated upon. It is most gratifying to friends of the family to know that the little girl is progressing nicely toward recovery.

Notable improvements have been made in the condition of streets and roads within the corporate limits of Monroeville within the last few months, and the public square is now being graded and all stumps, decayed trees and other unsightly objects removed. A movement is on foot to enclose the square so as to prevent indiscriminant travel over it by vehicles and livestock.

The Jones Mill school will present a program in honor of George Washington’s Birthday on Friday night, Feb. 19, 1915 in the school auditorium. The program is varied and has quite a lot of catchy music. Everybody come. You will enjoy it. Proceeds to go to the School Improvement Club.

There are now 35 county convicts employed on the public roads of the county, the number having been materially increased as a result of the recent terms of the Law and Equity and County court. Another portable cage has been purchased for the safekeeping of the convicts.

The first quarterly term of the Commissioners Court for the new year convened on Monday with Commissioners Lambert, Jackson, Holloman and Holloway in attendance. The usual routine business was transacted.

“Miss Topsy Turvy” or the Courtship of the Deacon, a comedy in three acts, will be presented at the high school auditorium on Saturday night, Feb. 20, by the Excel Dramatic Club.

Miss Lena Moore Vann was taken to a sanitarium in Selma Sunday for an operation for appendicitis. Her friends will be glad to know that she is progressing favorably toward recovery.

An epidemic of measles has prevailed among the juvenile population of this community during the last two weeks. Most, if not all the patients, are convalescing.

Mr. J.T. Salter of Milton, Fla. is spending a few days with relatives in Monroe, guest of his brother, the editor of this paper.

Mr. Kerlin, of the agricultural department, Alabama Polytechnic Institute, was a visitor to the city the first of the week.

Mrs. Charles Boone of Steadham, Ala. became the mother of triplets on Feb. 11, all three being boys. They have been named respectively, Oscar Underwood, William Jennings Bryan and Woodrow Wilson.

Many friends throughout Monroe County will learn with sincere regret of the death of Mr. Angus M. Scott, Masonic Grand Lecturer, which occurred at his home at Headland, Ala. on Feb. 15 of pneumonia. No man in Alabama, perhaps was more widely known or more sincerely beloved than Bro. Scott, and his loss will be keenly felt in fraternal circles, especially.

Mr. J.M. Coxwell has let the contract for the erection of three cozy cottages in the southern part of town. Mr. J.M. Daniel is supervising the work.

Mrs. Eugenia McCorvey, relict of the late Alex B. McCorvey, died at the home of her brother, Judge W.G. McCorvey on Thursday morning, at an early hour after only a few hours illness. Mrs. McCorvey has been a lifelong resident of Monroe County and was highly esteemed by all who knew her. The funeral will take place at Scotland cemetery tomorrow.

Mr. H.J. Coxwell places The Journal under obligations for specimens of home canned vegetables, equal in quality to any procurable on the market.

Mr. G.E. Kitchen, who is engaged in railroad work in North Dakota, is at home to spend a few weeks vacation.

Miss Jennie Faulk returned Sunday from the markets where she spent some time in the selection of her new spring stock. She will have something to say next week of peculiar interest to her numerous lady customers.

The sympathy of the entire community goes out to Mr. and Mrs. J.T. Vann in their great bereavement occasioned by the death of their daughter, Miss Lena Moore, at a Selma sanitarium on the 19th inst. Numerous tributes to the memory of this lovely and popular young lady are printed elsewhere in today’s Journal.

Appointment of Highway Commission: The Monroe County Highway Commission Act was approved by Governor Henderson on Feb. 24, and the same will become effective on the expiration of 30 days from that date. The Governor on the same date appointed as members of the commission the following gentlemen: L.J. Bugg, Monroeville, chairman, two years; Dr. W.G. Hairston, Burnt Corn, four years; J.U. Blacksher, Uriah, six years. All of these gentlemen are conservative and capable businessmen as well as enthusiastic good roads advocates and their appointment will be generally approved. The commission will proceed at once to organize and make necessary surveys.