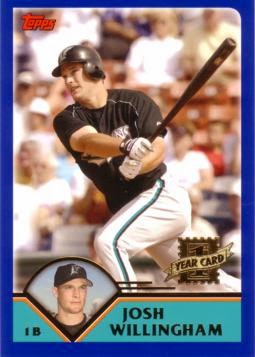 Feb. 17, 1600 - Giordano Bruno was burned at the stake for his heretical views on the plurality of worlds.

Feb. 17, 1621 – Myles Standish was appointed as first commander of the English Plymouth Colony in North America.

Feb. 17, 1782 - The Battle of Sadras began in the Bay of Bengal when the French navy began fighting with the British Navy in the Indian Ocean. This battle was the first of five largely indecisive naval battles fought between a British fleet under Admiral Sir Edward Hughes and French fleet under the Bailli de Suffren off the east coast of India during the American War of Independence. The Battle of Sadras was tactically indecisive, but the British fleet suffered the most damage, and the troop transports that Suffren was protecting were able to land their troops at Porto Novo.

Feb. 17, 1793 – Alexander McGillivray, a principal chief of the Upper Creek (Muscogee) towns after 1782, passed away at the age of 42 in Pensacola, Fla. McGillivray was buried in Pensacola at Garden of Panton Cemetery. Later, his sister had his body reinterred at Choctaw Bluff where he had earlier had his plantation in Clarke County, Alabama, above the Alabama River.

Feb. 17, 1864 – The H.L. Hunley, a Confederate submarine built in Mobile, Ala., became the first submarine in history to sink an enemy ship. After torpedoing the USS Housatonic in Charleston Harbor, the Hunley sank, never returning to port - until its recovery in August 2000.

Feb. 17, 1864 – The Confederate Conscription Act was passed and inaugurated a policy of conscription that inevitably led to conflict between the state of Alabama and the Confederacy.

Feb. 17, 1915 – The Evergreen Courant reported that “Mr. and Mrs. Walter Golson of Fort Deposit had removed to Evergreen. Mr. Golson being operator at the depot.”

Feb. 17, 1963 – Basketball legend Michael Jordan was born in Brooklyn, N.Y. He would go on to play for the University of North Carolina, the Chicago Bulls and the Washington Wizards.

Feb. 17, 1972 - Pink Floyd began a four-night stand in London. During the stand they premiered "The Dark Side of the Moon" a full year before it was released.

Feb. 17, 1974 – Thomas Gatch disappeared in a balloon during an attempted trans-Atlantic trip. He was last see 900 miles southwest of the Azores in the Bermuda Triangle.

Feb. 17, 1976 – Evergreen, Ala. Mayor William Henry Sessions, whose term was set to expire on Oct. 1, submitted his resignation to the Evergreen City County, effective Feb. 29. The mayor told The Evergreen Courant that he was “resigning rather than have to submit his family and himself to the requirements of the State Ethics Law.” Sessions served on term on the council prior to being elected mayor in 1964. He was reelected to a second term in 1968, but didn’t seek reelection in 1972. He was named mayor by the council to fill the unexpired term of Mayor Coy L. Harper, when Harper resigned in October 1973.

Feb. 17, 1979 – Major League Baseball left fielder Josh Willingham was born in Florence, Ala. He would go on to play for the Florida Marlins, the Washington Nationals, the Oakland A’s, the Minnesota Twins and the Kansas City Royals.

Feb. 17, 2003 - Emmitt Smith of the Dallas Cowboys and owner Jerry Jones agreed that releasing Smith from the team was a "win-win situation." The formal announcement was made on Feb. 27.

Feb. 17, 2004 – State Representative Alan Boothe introduced House Joint Resolution No. 100 into the Alabama House of Representatives, proposing that Conecuh Ridge Alabama Fine Whiskey be named the Alabama State Spirit. In a short time, the resolution was approved by the House by voice vote and was sent on to the Alabama Senate for their consideration.