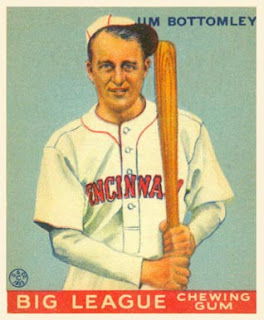 Dec. 11, 1719 - The first recorded display of the Aurora Borealis in the United States took place on this date in New England.

Dec. 11, 1777 - General George Washington began marching 12,000 soldiers of his Continental Army from Whitemarsh to Valley Forge, Pa. for the winter. As Washington’s men began crossing the Schuylkill River, they were surprised by a regiment of several thousand British troops led by General Charles Cornwallis. Cornwallis came across the continental forces by chance as he followed General William Howe’s orders to forage for supplies in the hills outside Philadelphia.

Dec. 11, 1862 - The Union Army of the Potomac occupied Fredericksburg, Va. as General Ambrose Burnside continued to execute his plan to capture the Confederate capital at Richmond, Va. However, the occupation did not happen until three weeks after Burnside’s army had arrived at Falmouth, Va., just across the river from Fredericksburg. Due to a logistical error, pontoon bridges had not been available, so the army could not cross; the delay allowed Confederate General Robert E. Lee ample time to post his Army of Northern Virginia along Marye’s Heights above Fredericksburg.


Dec. 11, 1863 – During the Civil War, this day marked the beginning of a seven-day Federal reconnaissance from Pulaski, Tenn. to Florence, Ala.

Dec. 11, 1884 – On this night, Richard Cunningham, who lived at Pine Orchard in Monroe County, was shot and killed by “some unknown person,” a crime that The Monroe Journal called a “cowardely and brutal assassination.” Cunningham, who had just returned from Evergreen, was sitting in his house by the fire with his son and another man when the shooter came to the open back door. The shooter shot Cunningham in the back with a double-barrelled shotgun, killing him instantly.

Dec. 11, 1886 – Rube Burrow and his gang committed their first train robbery around 11:30 a.m., robbing a southbound train at Bellevue, Texas.

Dec. 11, 1900 – The Alabama legislature placed the Mount Vernon Cantonment and Arsenal in the hands of the newly created Mount Vernon Hospital, which later became Searcy Hospital.

Dec. 11, 1919 – The boll weevil monument was dedicated in Enterprise, Ala. The monument honors the insect that killed cotton plants and forced local farmers to diversify by planting more profitable crops such as peanuts. Even though the monument was in appreciation of the boll weevil, the weevil statue was not added to the monument until 30 years later. It's the one and only monument to an agricultural pest.

Dec. 11, 1920 – Walter Solomon of Excel was given a preliminary trial before Judge Dean, charged with the killing of Sherman English of Repton on Dec. 8. Both men were operating taxis, and the killing appeared to have resulted during an argument over transporting a passenger.

Dec. 11, 1926 – Former Evergreen Courant publisher and editor Robert Gaston Bozeman Jr. was born. He would be inducted into the Alabama Press Association Hall of Honor in 1999. A former U.S. Marine, he was twice wounded in the Pacific during World War II.

Dec. 11, 1947 – The first Catholic church in Monroe County, Annunciation Church in Monroeville, was dedicated. The Rev. Frank Giri was the founding pastor.

Dec. 11, 1951 - Joe DiMaggio of the New York Yankees announced his retirement from Major League Baseball. DiMaggio only played for the Yankees during his 13-year career.

Dec. 11, 1952 – The Martin Theatres Football Trophies were to be awarded at a ceremony on the stage of the Pix Theatre in Evergreen, Ala. at 8 p.m. One trophy was to be awarded to the most outstanding player of Evergreen High School’s varsity team, and another trophy was to be given to the most outstanding player on the EHS junior high team. Gladys Barron was the manager of the Pix Theatre, and fans voted on both awards in the theatre lobby.

Dec. 11, 1959 – National Baseball Hall of Fame first baseman Jim Bottomley died at the age of 59 in St. Louis, Mo. During his career, he played for the St. Louis Cardinals, the Cincinnati Reds and the St. Louis Browns, and he also managed the Browns for one season. He was inducted into the Hall of Fame in 1974.

Dec. 11, 1976 - The Evergreen (Ala.) Rotary Club was scheduled to hold its annual charity ball on this Saturday evening at Ft. Dave Lewis National Guard Armory from 8:30 p.m. to 12:30 p.m. The Lucky Boreland Orchestra of Montgomery was to be the entertainment for the night.

Dec. 11, 2001 - It was announced that Little League Baseball Inc. would require more detailed documentation of the eligibility of its players. Four months before, the Rolando Paulino Little League team from the Bronx, NY, had its third-place finish taken away after pitcher Danny Almonte was found to be too old to play.

Dec. 11, 2001 - U.S. Attorney General Ashcroft announced the first federal indictment directly related to the terrorist attacks on the United States on September 11, 2001. Zacarias Moussaoui was charged with six conspiracy charges. Moussaoui was in custody at the time of the attacks.
Posted by Lee Peacock at 4:38 PM