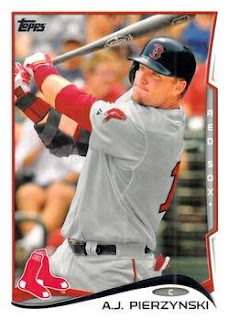 Dec. 30, 1853 - The United States bought about 45,000 square miles of land from Mexico in a deal known as the Gadsden Purchase. The land was bought to facilitate railroad building in the Southwest.

Dec. 30, 1861 – During the Civil War, the United States Government, as well as independent banks in several cities, suspended “specie payment.” This referred to the fact that at this time paper money was viewed with suspicion unless it could be readily converted into the equivalent amount of gold or silver. The suspension of specie frequently led to drastic inflation as the value of paper currency declined, sometimes to zero if the bank issuing it failed. The matter of a stable and uniform currency for the entire country was not yet settled and would not be for some time.


Dec. 30, 1862 – During the Civil War, the U.S.S. Monitor sank in a storm off Cape Hatteras, N.C., and 16 sailors were unable to be rescued. Just nine months earlier, the ship had been part of a revolution in naval warfare when the ironclad dueled to a standstill with the C.S.S. Virginia (Merrimack) off Hampton Roads, Virginia, in one of the most famous naval battles in American history–the first time two ironclads faced each other in a naval engagement.

Dec. 30, 1865 – Short-story writer, poet, novelist and prominent Freemason Rudyard Kipling was born in Bombay, India. He would go on to publish his best known book, “The Jungle Book,” in 1894.

Dec. 30, 1868 – Baker County, Ala. (present-day Chilton County) was established and named in honor of Alfred Baker with its county seat at Grantville. Residents of the county petitioned the Alabama legislature for the renaming of their county and on December 17, 1874, the petitioners accepted the suggestion of Chilton County, in honor of William Parish Chilton Sr. (1810–1871). Chilton was a lawyer who became Chief Justice of the Alabama Supreme Court and later represented Montgomery County in the Congress of the Confederate States of America.

Dec. 30, 1899 – Norwegian explorer, lawyer and politician Helge Ingstad was born in Meråker. After mapping some Norse settlements, Ingstad and his wife Anne Stine, an archaeologist, in 1960 found remnants of a Viking settlement in L'Anse aux Meadows in the Province of Newfoundland in Canada. With that they were the first to prove conclusively that the Greenlandic Norsemen had found a way across the Atlantic Ocean to North America, roughly 500 years before Christopher Columbus and John Cabot.

Dec. 30, 1915 – The Monroe Journal reported that “Christmas in Monroeville was unusually quiet and uneventful. All business houses were closed throughout the day and a Sabbath stillness pervaded. It (was) gratifying to note that not the slightest indication of intoxication was observable on the streets.”

Dec. 30, 1916 – Russian mystic Grigori Rasputin, a 47-year-old self-fashioned holy man, was murdered in Petrograd by Russian nobles eager to end his sway over the royal family. In the early hours of this day, a group of nobles lured Rasputin to Yusupovsky Palace, where they attempted to poison him. Seemingly unaffected by the large doses of poison placed in his wine and food, he was finally shot at close range and collapsed. A minute later he rose, beat one of his assailants, and attempted to escape from the palace grounds, where he was shot again. Rasputin, still alive, was then bound and tossed into a freezing river.

Dec. 30, 1954 - Alabama author Truman Capote's only musical, “House of Flowers,” opened at the Alvin Theatre on Broadway, where it ran for 165 performances. The musical was based on Capote’s short story, “House of Flowers,” which was first published in his 1958 book, “Breakfast at Tiffany’s,” where the story was included as one of three extra pieces besides the novella, “Breakfast at Tiffany’s.”

Dec. 30, 1954 - Boy Scout Troop 24 and the Explorer Scout Post staged a combination Court of Honor and Family Night at the Monroeville Community House on this Thursday night at which time 28 merit badges and 29 advancements in rank, including an Eagle Award, were presented. Receiving the Eagle Award was Cecil Murphy, 15, with the presentation being made by Morton McMillan, leader of the Explorer Post.  Other advancement awards were made with Bill Owens being presented the Life Scout Award by Ed Michaels.

Dec. 30, 1954 – The Evergreen Courant reported that Conecuh County Sheriff John Brock was recovering from “severe injuries” he sustained Saturday night, Dec. 25, when his car struck a cow on State Highway 83, about seven miles north of Evergreen, Ala. “He was answering an urgent call from the Skinnerton community when the wreck occurred,” The Courant reported. “According to reports of the accident given The Courant, the cow suddenly leaped in the highway directly in front of the Sheriff’s automobile. After hitting the cow, the car turned over several times.” Brock was rushed to the Conecuh County Hospital where examination by doctors revealed he had fractures of the pelvis bones and a vertebra. He was carried to Mobile Infirmary later that night where he was as of Dec. 30. Reports indicated he was rapidly recovering and would be able to return to Evergreen sometime the following week.

Dec. 30, 1959 – Richard Hickock and Perry Smith, who were the subjects of Truman Capote’s book “In Cold Blood,” were identified as suspects in the November 1959 Clutter family murders, and were arrested in Las Vegas.

Dec. 30, 1976 – Major League Baseball catcher A. J. Pierzynski was born in Bridgehampton, New York. He made his MLB debut on Sept. 9, 1998 with the Minnesota Twins and went on to play for the San Francisco Giants, the Chicago White Sox, the Texas Rangers, the Boston Red Sox, the St. Louis Cardinals and the Atlanta Braves.

Dec. 30, 1976 – NFL defensive end Patrick Kerney was born in Yardley, Pennsylvania. He went on to play for the University of Viginia and 11 seasons in the NFL with the Atlanta Falcons and the Seattle Seahawks.

Dec. 30, 1977 – For the second time, Ted Bundy escaped from his cell in Glenwood Springs, Colorado.

Dec. 30, 1981 – The Old LaSalle Hotel and Restaurant in Monroeville was sold to Monroe County Library Board by Dwight Harrington, who bought the building in 1979.

Dec. 30, 1999 – The Evergreen Courant reported that banks in Conecuh County were prepared for the Y2K computer bug and had been working on the problem for over a year. Pat Bolton, Vice President of Information Systems at the Bank of Evergreen, said she began working on the Y2K problem in September of 1998.

Dec. 30, 1999 – The Evergreen Courant reported that Conecuh County Sheriff’s Deputy Allison Blackmon had recently attended a Rape Aggression Defense (RAD) course taught at Florida State University in Tallahassee, Fla. Blackmon was certified as a RAD instructor. She had to take a minimum of 30 hours, but her particular class took 35 hours of instruction.

Dec. 30, 2006 – Former President of Iraq Saddam Hussein was executed by hanging at Camp Justice, an Iraqi army base in Kadhimiya, a neighborhood of northeast Baghdad, Iraq.

Dec. 30, 2010 – This was the final day Kodachrome film was developed by Dwayne's Photo, the last remaining Kodachrome processor, concluding the iconic film's 74-year run.
Dec. 30, 2015 – A trace of rain was recorded in Excel, Ala.
Posted by Lee Peacock at 2:17 PM