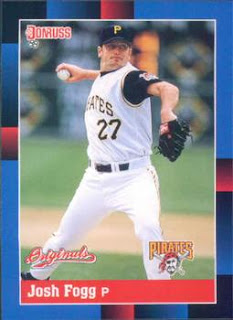 Dec. 13, 1577 – Five ships under the command of privateer Sir Francis Drake set sail from Plymouth, England, embarking on Drake's circumnavigation of the globe. The journey took almost three years, and in the end, only his ship, the Golden Hind, completed the circumnavigation.

Dec. 13, 1636 – The Massachusetts Bay Colony organized three militia regiments to defend the colony against the Pequot Indians. This organization in Salem, Mass. is recognized today as the founding of the National Guard of the United States. The Army National Guard has participated in every American war or conflict since the Pequot War of 1637.

Dec. 13, 1776 - American General Charles Lee left his army, riding in search of female sociability at Widow White’s Tavern in Basking Ridge, New Jersey. Lee rode to Widow White’s tavern with a minimal guard and it was there that Banastre Tarleton and the 16th Queen’s Light Dragoons captured him on the morning of December 15. The British eventually released Lee in May 1778, and after reporting to Valley Forge, he was suspended from the army in December 1778 and dismissed for good in 1780.

Dec. 13, 1808 – Madison County, Ala. was established by the governor of the Mississippi Territory. It is recognized as the "birthplace" of Alabama, which was founded there on Dec. 14, 1819. The county was named in honor of James Madison, fourth President of the United States, and the first president to visit the state of Alabama.

Dec. 13, 1813 – The Army left Fort Claiborne and took up the line of march towards the noted Holy Ground of the Creek Nation. The force consisted of the Third Regiment of the U.S. Infantry, commaned by Col. Russell; Major Cassel’s Battalion of Cavalry, Major Smoot’s Battalion of Militia, of which Patrick May was adjutant, and Dale and Heard captains; the Twelve Month Mississippi Territory Volunteers, under Col. Carson, and Pushmataha’s Choctaw Battalion, numbering 150 warriors. The entire army amounted to nearly 1,000 men.

Dec. 13, 1819 – Wilcox County was established by an Act of the General Assemby of Alabama and was named in memory of Lt. Joseph Morgan Wilcox, a US Army lieutenant who was killed in Alabama during the Creek War.

Dec. 13, 1819 - Jefferson County was established by the Alabama Legislature. It was named in honor of Thomas Jefferson.

Dec. 13, 1819 – Henry County was established by the Alabama Territorial Legislature. The area was ceded by the Creek Indian Nation in 1814 under the Treaty of Fort Jackson. The county was named inhonor of Patrick Henry (1736–1799), famous orator and Governor of Virginia.

Dec. 13, 1819 – Butler County, Ala. was formed from Conecuh County and Monroe County by an act passed by the Alabama Legislature while it was in session at Huntsville. The name of Fairfield was first proposed for the county, but it was changed on the passage of the bill to Butler, in honor of Captain William Butler, who was born in Virginia and fought in the Creek War, and who was killed in May 1818. The first Butler County election was also held on this day at the home of Jesse Womack at Fort Dale.

Dec. 13, 1819 – The Alabama legislature appointed a group of commissioners “to select and fix on the most suitable site for the seat of justice, in and for the county of Clarke; having due regard to health, water and accommodations; provided such seat shall not exceed three miles from its center.”

Dec. 13, 1819 – Tuscaloosa was officially incorporated as a municipality. (Ala. League of Mun.)

Dec. 13, 1821 – The Navigation Steam Boat Company in Conecuh County, Ala. was incorporated.

Dec. 13, 1841 – The Burnt Corn Male Academy was incorporated by the Alabama legislature.

Dec. 13, 1842 – Elijah Byrd Jenkins, who served aboard the CSS Selma, was born in Wilcox County, Ala. to Thomas Jenkins and wife. At the age of 19, he enlisted on Nov. 1, 1862 in Montgomery as a private with Co. K 1st Ala. Artillery. He re-enlisted on Feb. 11, 1863 at Port Hudson, La. with Co. K, 1st Ala. Artillery before joining the Confederate Navy and transferring to serve aboard the CSS Selma on March 5, 1864. He served on that ship until it was captured at the Battle of Mobile Bay. He was then imprisoned at Ship Island, Miss. for the rest of the war. He filed for his Confederate pension in Wilcox County on June 28, 1902. Elijah Jenkins is buried at New Hope Cemetery at Dottelle, Ala.

Dec. 13, 1861 – During the Civil War, a skirmish was fought at Camp Alleghany, Buffalo Mountain, West Virginia.

Dec. 13, 1862 – The Battle of Fredericksburg took place in Fredericksburg, Va. and General Ambrose E. Burnside's Army of the Potomac was defeated with a loss of about 12,600 men. The Confederate Army, under General Robert E. Lee, lost about 5,000 men. The defeat was one of the most decisive loses for the Union army, and it dealt a serious blow to Northern morale in the winter of 1862-63.

Dec. 13, 1862 – Gil R. Boulware of the Conecuh Guards, who was Color Sergeant for the Fourth Alabama Infantry Regiment; Fourth Corporal Joseph A. Thomas, and Second Corporal W.F. Anderson were wounded at the Battle of Fredericksburg in Fredericksburg, Va.

Dec. 13, 1876 - A story in The West Alabamian newspaper on this date said that Henry Wells and Bill Buckhalter were suspected of robbing a store on the night the Carrollton, Ala. courtroom was burned. The story also reported that stolen merchandise from the store was found in their homes. (13 Alabama Ghosts)

Dec. 13, 1914 – On this night, Jesse Underwood was killed near Sparta, Ala. when he either lept or fell from Passenger Train No. 10, struck the ground headfirst and died instantly. Underwood and another man got on the blind baggage car at Castleberry to catch a ride to Evergreen, but when a conductor opened the door and discovered them, Underwood either jumped or fell from the train.

Dec. 13, 1920 – Jefferson Davis “Dixie” Carter died in a Selma, Ala. hospital as an “indirect result” of the bullet fired during a gunfight by outlaw train robber Rube Burrow in 1890 in Linden.

Dec. 13, 1920 – Mrs. R.L. Bates of Conecuh County, Ala. received a message on this day announcing the accidental death of her brother John Holliday in Bangor, Maine. He fell down a flight of stairs at a hotel and was killed instantly.

Dec. 13, 1923 – The Monroe Journal reported that Solicitor L.S. Biggs was “at home for a brief rest, the fall term court calendar of the 21st Circuit having been completed with the adjournment of the session at Bay Minette last week.”

Dec. 13, 1923 – The Monroe Journal reported that Hunter McDuffie of Franklin, Ala. had been in Monroeville earlier that week. He had recovered from the injuries he’d recently sustained in an accident at his gin, the newspaper reported.

Dec. 13, 1923 – National Baseball Hall of Fame center fielder and manager Larry Doby was born in Camden, S.C. During his career, he played for the Newark Eagles, the Cleveland Indians, the Chicago White Sox, the Detroit Tigers and the Chunichi Dragons, and he also managed the White Sox. He was inducted into the Hall of Fame in 1998.

Dec. 13, 1936 - The Redskins played their last game in Boston. The next season the Redskins began playing in Washington, D.C.

Dec. 13, 1939 – Frank DuBose, 23, was arrested in Chicago, where he had a wife and two children. In September 1933, he escaped from Atmore (Ala.) Prison, where he was serving a four-year sentence for grand larceny and perjury under the name of Thomas Mason.

Dec. 13, 1939 – Former Beatrice, Ala. businessman and postmaster J.M. Stallworth, 63, passed away at his home in Beatrice. He served as Beatrice postmaster for more than 30 years before his retirement in 1932. He was buried in the Methodist Cemetery in Beatrice.

Dec. 13, 1942 – National Baseball Hall of Fame pitcher Ferguson Jenkins was born in Chatham, Ontario. He went on to play for the Philadelphia Phillies, the Chicago Cubs, the Texas Rangers and the Boston Red Sox. He was inducted into the Hall of Fame in 1991.

Dec. 13, 1951 – The Evergreen Courant reported that James A. Monroe, W.M.G., stationed at Norfolk, Va. on the USS Destroyer Earle B. Hall, was spending a 10-day leave in Castleberry with his mother, Mrs. R.H. Meacham.

Dec. 13, 1952 – The third annual Conecuh County Christmas Carnival, which was sponsored by the Evergreen Junior Chamber of Commerce, was scheduled to be held in Evergreen, Ala., with the parade set to begin at 4 p.m. and the city’s Christmas lights to be turned on at dark. The event was also to included a humorous guinea chase in No Man’s Land with 15 guineas tagged with certificates to their legs, entitling the person catching the bird to free gifts are various stores.

Dec. 13, 1956 - Jackie Robinson of the Los Angeles Dodgers was traded to the Giants for pitcher Dick Littlefield and $35,000. Robinson retired instead of accepting the trade.

Dec. 13, 1968 - A “huge” Junior Miss parade scheduled to be held on this Friday in Monroeville, Ala. was to officially begin Monroe County’s Junior Miss Pageant, which was to be held the following Saturday night.

Dec. 13, 1972 – Eugene Cernan and Harrison Schmitt began the third and final extra-vehicular activity (EVA) or "Moonwalk" of Apollo 17. To date, they are the last humans to set foot on the Moon.

Dec. 13, 1973 - Detroit became the first city to receive a franchise for the World Football League.

Dec. 13, 1976 – Major League Baseball pitcher Josh Fogg was born in Lynn, Mass. He went on to play for the Chicago White Sox, the Pittsburgh Pirates, the Colorado Rockies and the Cincinnati Reds.

Dec. 13, 1998 - Gary Anderson of the Minnesota Vikings kicked six field goals against Baltimore. In the game Anderson set an National Football League record for 34 straight field goals without a miss.

Dec. 13, 2001 - The two surviving members of Nirvana, Krist Novoselic and David Grohl, filed a countersuit against Courtney Love. The charge was that she had manipulated the memory and work of her dead husband, Kirk Cobain, for the benefit of her own career.

Dec. 13, 2001 - The U.S. government released a video tape that showed Osama bin Laden and others discussing their knowledge of the terrorist attacks on the United States on Sept. 11, 2001.

Dece. 13, 2003 – During the Iraq War’s Operation Red Dawn, former Iraqi President Saddam Hussein was captured by U.S. forces near his home town of Tikrit. It was the culmination of months-long search following the U.S. invasion of Iraq, which saw Hussein go into hiding to avoid being taken into custody. The image of the former Iraqi president, bearded, disheveled, and literally emerging from a hole in the ground, smashed the carefully crafted persona Hussein had cultivated during his reign atop the country. Held as a prisoner of war for the next three years, he went on trial for war crimes in 2006, and was subsequently executed a few weeks later following his conviction.

Dec. 13, 2010 - The New York Giants and Minnesota Vikings played at Detroit's Ford Field. The game was moved due to the collapse of the inflatable roof at Hubert H. Humphrey Metrodome, Mall of America Stadium the previous day.
Posted by Lee Peacock at 9:03 AM