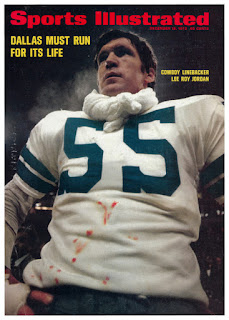 Dec. 18, 1707 – Charles Wesley, one of the founders of the Methodist movement, was born in Epworth, England.

Dec. 18, 1777 – The United States celebrated its first Thanksgiving, marking the recent victory by the Americans over British General John Burgoyne and 5,000 British troops in the Battle of Saratoga in October.

Dec. 18, 1778 - Considered the "father of modern clowning" Joseph Grimaldi was born in London.

Dec. 18, 1812 – Mobile County, Ala. was created by a proclamation of Governor Holmes of the Mississippi Territory.

Dec. 18, 1813 – Benjamin Stoddert, the first Secretary of the U.S. Navy, passed away at Bladensburg, Md., and he was buried in the graveyard at Addison Chapel in Seat Pleasant, Md. Fort Stoddert near present-day Mount Vernon, Ala. was named in his honor in 1799.

Dec. 18, 1821 – An act was passed authorizing the judge of the county court and the commissioners in Butler County to levy an extra tax upon the property in the county for the purpose of building a courthouse and jail in the town of Buttsville (the name afterwards being changed to Greenville), said town having been made the permanent seat of justice for Butler County, Ala.

Dec. 18, 1832 – Barbour County, Ala. was created by act of the state general assembly from portions of Pike County and land that had been ceded to the state by the Creek Indians. Now bordered on the north by Russell County, on the east by Georgia, on the south by Henry County and Dale County and on the west by Pike County and Bullock County. Names for James Barbour (1775-1842), governor of Virginia (1812-14). The county seat was Louisville until 1834 when Clayton, the present one, was chosen. (Places Names in Alabama)

Dec. 18, 1832 – The Alabama legislature created Tallapoosa County and Chambers County on lands previously held by Creek Indians, which had been ceded to the federal government at Cusseta on March 24, 1832.

Dec. 18, 1861 – During the Civil War, a Federal reconnaissance mission from Somerset to Mill Springs, Ky. began.

Dec. 18, 1861 – During the Civil War, Federal reconnaissance was conducted from Rolla towards Houston, Mo.


Dec. 18, 1862 – During the Civil War’s Battle of Lexington, Confederate General Nathan Bedford Forrest defeated a Union force under Colonel Robert Ingersoll at Lexington, Tenn., an area held by the Union. Forrest’s troops overwhelmed the panicked Federals and captured more than 140 men, including Ingersoll. The rest of the Union force scattered into the countryside. Forrest also captured artilery pieces, horses,rifles, and supplies.

Dec. 18, 1865 - U.S. Secretary of State William Seward issued a statement verifying the ratification of the 13th Amendment to the U.S. Constitution. The amendment abolished slavery with the declaration: "Neither slavery nor involuntary servitude, except as a punishment for crime whereof the party shall have been duly convicted, shall exist within the United States, or any place subject to their jurisdiction."

Dec. 18, 1886 – National Baseball Hall of Fame outfielder Ty Cobb was born in Narrows, Ga. He would go on to play for the Detroit Tigers and the Philadelpia Athletics. He also managed the Tigers from 1921 to 1926. He was inducted into the Hall of Fame in 1936.

Dec. 18, 1908 – American geographer and explorer Paul Siple was born in Montpelier, Ohio. Siple took part in six Antarctic expeditions, including the two Byrd expeditions of 1928–1930 and 1933–1935, representing the Boy Scouts of America as an Eagle Scout. With Charles F. Passel he developed the wind chill factor, and Siple coined the term.

Dec. 18, 1914 – Bill Rogers accidentally killed his friend Bob Roberts during a “prank” near Rogers’ home in Greenville, Ala. Rogers shot Roberts in the lower abdomen, and Roberts died about three hours later. The incident was described as “one of the saddest accidents that has ever happened in the southern part of this county.”

Dec. 18, 1917 – The resolution containing the language of the Eighteenth Amendment to enact Prohibition was passed by the United States Congress and was then officially proposed the states.

Dec. 18, 1932 – The Chicago Bears defeated the Portsmouth Spartans, 9–0, in the first ever NFL Championship Game. Because of a blizzard, the game was moved from Wrigley Field to the Chicago Stadium, the field measuring 80 yards (73 m) long.

Dec. 18, 1940 - Adolf Hitler signed a secret directive ordering preparations for a Nazi invasion of the Soviet Union. Operation "Barbarossa" was launched in June 1941.

Dec. 18, 1950 – Evergreen High School coach Wendell Hart and his wife, Gerry, celebrated the birth of a son, James Wendell Hart Jr., who was born on this afternoon at Stabler’s Infirmary in Greenville. He weighed seven pounds, 10 ounces.

Dec. 18, 1952 – Evergreen (Ala.) High School’s Quarterback Club, led by President Brown Boykin, was scheduled to hold its annual football banquet in the high school lunchroom, and Alabama assistant coach and scout Bubber Nisbet was the scheduled guest speaker. The D.T. Stuart Sportsmanship Award and Trophy was also to be awarded, and letters were to be awarded to players who earned them. Team captains for 1953 were to be elected before the banquet and introduced during this night’s program.

Dec. 18, 1970 – Local historian and author Elizabeth Riley was honored with an “autograph party” at The Nannette Shop in Evergreen, Ala. to celebrate her recently published book, “The Old Evergreen Historical Cemetery.”

Dec. 18, 1970 - Labe Turk Johnston, age 76, passed away at his home in Evergreen, Ala. He was a semi-retired farmer and life-long resident of Conecuh County. He was a member of the Brooklyn Baptist Church, a World War I veteran, member of American Legion, Chairman of the County Board of Education and a member of the Democratic Executive Committee.

Dec. 18, 1974 – National Baseball Hall of Fame right fielder Harry Hooper died at the age of 87 in Santa Cruz, Calif. During his career, he played for the Boston Red Sox and the Chicago White Sox. He was inducted into the Hall of Fame in 1971.

Dec. 18, 1975 - Father Ralph J. Pecoraro arrived at the “Amityville Horror” house to bless the house before the Lutz family moved in. When he flicked the first holy water and began to pray, he heard a masculine voice demand that he "get out."

Dec. 18, 1993 - The NFL announced a new 4-year agreement with ABC, ESPN, TNT and FOX. FOX had taken the NFC championship package from CBS.

Dec. 18, 2001 - The New Jersey Sports and Exposition Authority announced that they would ban all bottles, including plastic, from Giants Stadium.

Dec. 18, 2002 - U.S. President Bush condemned Iraq's 12,000-page weapons declaration but did not immediately assert that Iraq was in "material breach."

Dec. 18, 2003 – Paranormal author Charles Berlitz passed away at University Hospital in Tamarac, Fla. at the age of 89.

Dec. 18, 2007 - Aruban prosecutors announced that the case into the disappearance of Natalee Holloway, 18, of Mountain Brook, Ala. would be closed without any charges made against the former suspects.