What do you think about Pete Rose's lifetime ban from baseball? 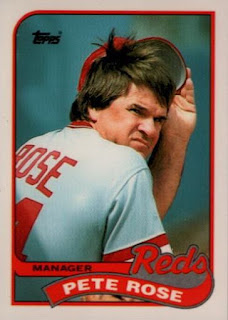 The ongoing saga over Pete Rose continued earlier this week as Major League Baseball Commissioner Rob Manfred announced that he would not lift Rose’s lifetime ban from baseball.

Many of you will remember that Rose was banned from baseball in 1989 (a ban that Rose agreed to at the time) for gambling, including allegations that he bet on games in which he played and managed.

Rose’s case is an interesting one, and it continues to have legs because Rose, who’s now 74 years old, was one of the greatest players of all time and still wants to be a part of the game. Let’s face it, if he wasn’t any good, no one would really care if his ban were lifted or not.

Many people would like to see the ban against Rose lifted and just as many people, maybe more, would like to see him inducted into the National Baseball Hall of Fame. Rose is arguably baseball’s greatest hitter, and he holds the Major League record for hits with 4,256. Some argue that it’s not much of a Hall of Fame if it doesn’t include the greatest hitter in the history of the game.

I’ve always been OK with Rose’s lifetime ban. There’s no doubt that he was one of the greatest players of all time and that he deserves a spot in Cooperstown (at some point), but you set a dangerous precedent if you cut Rose some slack.

To really understand the controversy over Rose and his gambling, you have to go all the way back to the early 1900s when the infamous Chicago Black Sox were accused of throwing a World Series as part of a rigged gambling scheme. So many years have passed since this scandal that it’s hard for most modern fans to appreciate what effect it had on Major League Baseball. The Black Sox scandal nearly killed professional baseball and from there on out MLB leadership has had zero tolerance for players and managers who gamble.

Since those days, all players, including Rose, are preached to about the dangers of gambling, and are made well aware of the penalties. In Rose’s case, his lifetime ban is the price he’s got to pay for running afoul of the league’s prohibition against gambling.

Earlier this week, if Manfred, who assumed the role of commissioner earlier this year, had lifted the ban on Rose, it would have sent a bad message to all present and future MLB players and managers, that is, while you may get punished, it won’t last forever.

I do think that Rose should be eventually inducted into the Hall of Fame. Whether that happens while he’s still alive remains to be seen, but I think he’ll eventually be enshrined in Cooperstown.

Of course, if that happens, you’ll have a host of people wanting to have alleged steroids users like Barry Bonds, Mark McGwire, Sammy Sosa and others inducted as well. I think you could argue for a long time over which is worse – gambling or steroids use – but either way you look at it, it’s all against the rules.

In the end, I guess the moral of the story is that if you knowingly violate the rules, be prepared to deal with the consequences and penalties if you’re caught.
Posted by Lee Peacock at 3:25 PM