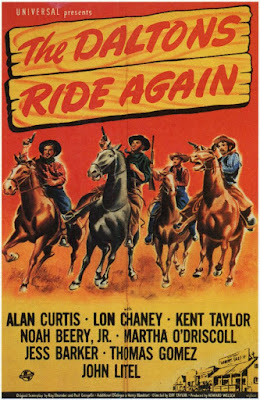 Groundbreaking activities were held for Magnolia Manor, an assisted living residence expected to open this fall on the northern State Highway 21 Bypass in Monroeville.
The facility will address the needs of the area’s elderly citizens who do not require nursing home care but need assistance with daily living.
The 16-bed complex will provide private accommodations, meals, beauty shop and laundry services for residents in a homelike environment.

South Monroe, celebrating its 25th season in Little League Baseball, is slated to serve as host for the District 3 all-star tournament for 9- and 10-year-old players which starts June 21.
Eight teams will compete in the double-elimination tournament to be held at Grafton Coleman Field on Snyder Avenue in Frisco City.
In addition to serving as tournament host, South Monroe, which includes the Frisco City, Excel, Repton and Uriah communities, is celebrating its 25th anniversary as a charter member of Little League Baseball, Inc.

Relatives visit Viet veteran’s Arlington grave: The parents and grandparents of Samford Black, who was killed in Vietnam Oct. 2, 1967, visited Arlington Cemetery last week and placed a wreath on his grave.
Mr. and Mrs. Billie Black Sr. of Beatrice, joined by their son, Bradley, and his wife, Nellie, of Tuskegee, made the Memorial Day visit to the national cemetery in Arlington, Va.
They also visited the White House, the Capitol, Lincoln Memorial and other points of interest in Washington.

Return Of War Dead From Overseas: On May 16, War Department announced complete plans for the repatriation of 323,000 World War II deceased military and naval personnel buried outside the continental United States.
A five-year period is provided by the law but War Department expects to complete the project much earlier. Cost is estimated at $700 per man.

Mr. D.J. Jaye of Mexia sent a cotton stalk with two full grown blooms to this office on last Friday. We believe Mr. Jaye is the early bird this time.

BEATRICE: We are glad to know that the Buena Vista school voted to consolidate with this one and bring the children by truck.

Mr. Hunter Farish has returned from Princeton University where he went to attend commencement, making the trip by auto.

PINEAPPLE: Mr. and Mrs. W.A. Crowe’s home was a scene of beauty when they entertained the members of the senior class and others of their friends on Thursday evening, May 19, at Pineapple.
The senior class was: Misses Eva McCrory, Eunice Ward, Lillian McCrory, Gertrude Stanford, Messrs. Will Stanford Jr. and Julian Steele.

RESOLUTION: Whereas Monroe Lodge No. 458, A.F.&A.M., with the bereaved relatives of Bro. J. Robert McCants, who died May 4, 1921, after an affliction of about two years with cancer. Bro. McCants was 78 years of age. He joined the Masonic fraternity in 1863 and the Christian church in 1868 at Tallatchee. He proved a faithful member to each organization, and while we bow in humble submission to God’s will, fully conscious He doeth all things well, we draft the following resolutions…

Rev. G.F. Johnson, a student of the Clarksville University, has accepted the pastorate of the Monroeville and Camden Presbyterian churches during the summer vacation.

MEXIA: The people of Mexia contemplate building a new Baptist church at Mexia in the near future.

NERO: A heavy rain fell here Thursday of last week, accompanied by a pretty stiff wind blowing down a great deal of corn, some just beginning to tassel.

AXLE: A party of young folks composed of Misses Mamie and Julie Farrar, Misses Doeb and Pearl Busey, attended by their “Paters,” had a pleasant trip to Claiborne recently. After taking in the town, they took passage on steamer Carrier, intending to make return trip by Str. Tincie, which they did much to the delight of the young folks who were enjoying for the first time a steamboat ride.

MOUNT PLEASANT: Elder A.J. Lambert left for Pleasant Hill church a few days ago to fill his regular appointment at that church.
Posted by Lee Peacock at 9:41 AM