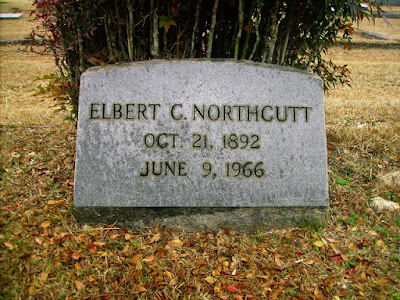 June 9, 1534 - Jacques Cartier became the first to sail into the river he named the Saint Lawrence River.

June 9, 1732 – James Oglethorpe was granted a royal charter for the colony of the future U.S. state of Georgia.

June 9, 1772 - Off the coast of Rhode Island, the HMS Gaspee ran aground while chasing the packet boat Hannah. The ship was an armed British customs schooner. The next morning the ship was attacked and burned.

June 9, 1856 – In an extraordinary demonstration of resolve and fortitude, nearly 500 Mormons left Iowa City and headed west for Salt Lake City carrying all their goods and supplies in two-wheeled handcarts. Of all the thousands of pioneer journeys to the West in the 19th century, few were more arduous than those undertaken by the so-called Handcart Companies from 1856 to 1860.

June 9, 1860 – The first dime novel, “Malaeska, the Indian Wife of the White Hunter” by Ann S. Stephens, was published. It was the first of 321 novels published by Beadle & Adams in their series, Beadle’s Dime Novels.

June 9, 1862 – During the Civil War, Stonewall Jackson concluded his successful Shenandoah Valley Campaign with a victory in the Battle of Port Republic. His tactics during the campaign are now studied by militaries around the world. Leaving a brigade to protect against action by Fremont, Confederate Robert Ewell crossed the Shenandoah in support of Jackson in his action against the Union’s James Shields, resulting in a Confederate victory.

June 9, 1862 – During the Civil War, an engagement was fought at Grand Gulf, Mississippi.

June 9, 1863 - In Virginia, the Battle of Brandy Station occurred at Brandy Station, Va. It was the largest cavalry battle of the war. Confederate General J.E.B. Stuart's cavalry held the field after being attacked by Union troops under General Alfred Pleasonton. An engagement was also fought at Beveraly Ford, Va.

June 9, 1863 – During the Civil War, “affairs” occurred at Rocky Gap and Monticello in Kentucky. A skirmish was fought on the Big Black River in Mississippi, and an “action” occurred near Lake Providence, La.

June 9, 1864 – 59TH ALABAMA: The 59th Alabama fought in an engagement in the Petersburg trenches.

June 9, 1864 – During the Civil War, skirmishes were fought at LaFayette, Tenn. and at Big Shanty and Stilesborough, Ga.

June 9, 1870 – In Higham, Kent, England, novelist Charles Dickens suffered a stroke, fell off his chair at the dinner table and died at the age of 58.

June 9, 1885 – The Treaty of Tientsin was signed to end the Sino-French War, with China eventually giving up Tonkin and Annam – most of present-day Vietnam – to France.

June 9, 1892 – Canadian-English captain and explorer William Grant Stairs, 28, died from malaria and was buried in the European Cemetery in Chinde, Mozambique at the mouth of the Zambezi River.

June 9, 1904 – The Monroe Journal reported that the first blooms of that season’s cotton crop had been received by The Journal from several neighborhoods during the previous few days. The first was sent in by F.S. Busey of Claiborne on May 30, the second on June 2 by J.M. Lambert of Nero and the third by S.C. Dees of Peterman on June 7. Busey was entitled to the blue ribbon, his bloom being two days ahead of any the newspaper had seen reported in any of it exchanges and 10 days earlier than the first reported in 1903.

June 9, 1904 – The Monroe Journal reported that Capt. C.M. Marriott of Homewood, one of Monroe County’s largest landowners, had spent a few days in Monroeville during the previous week on business.

June 9, 1915 – William Jennings Bryan resigned as Woodrow Wilson's Secretary of State over a disagreement regarding the United States' handling of the sinking of the RMS Lusitania.

June 9, 1916 – Alabama daily papers on this Friday announced the adoption of the eastern route by the Forrest Highway committee in executive session at Montgomery following official inspection of both the eastern and western routes. The route was to extend from Montgomery to Bay Minette, embracing the towns of Luverne, Andalusia, Brewton and Atmore.

June 9, 1916 - The first cotton bloom of the season was left on the editor’s desk at The Monroe Journal on this day, but it wasn’t unaccompanied by a note or any other means of identification, so the newspaper didn’t know who to give credit to for the bloom.

June 9, 1917 - On this Saturday afternoon, while driving across town branch, J.F. Sills was thrown from his wagon and suffered a broken hip and other injuries, according to the Wilcox Progressive Era. He was given immediate medical attention and everything was done for his comfort.

June 9, 1917 - A nice shower of rain fell in Wilcox County on this Saturday evening which helped the growing crops considerably but not in sufficient force to insure the crops.

June 9, 1919 - At a meeting of the stockholders of the new Monroeville Gin & Mill Co., held on this Monday, the following officers and directors were elected: J.K. Kyser, president; Jno. Bigger, vice president; J.A. Lazenby, secretary and treasurer; A.T. Sowell and B.H. Stallworth, additional directors. It was expected that work would begin at once.

June 9, 1921 - The baseball game scheduled between Evergreen and Monroeville on this Thursday was “called off” by Monroeville.

June 9, 1926 – The Electrik-Maid Bake Shop opened in Evergreen, Ala. under the management of J.O. Stapp.

June 9, 1943 - The famed “Tuskegee Airmen” were involved in their first air battle with German fighter planes in the skies over North Africa. These flyers from the 99th Fighter Squadron were among those trained at Tuskegee Army Air Field, the center for pilot training of African Americans during World War II.

June 9, 1944 - A foxhound named Lena in Pennsylvania gave birth to a record litter of 23 puppies.

June 9, 1946 - Mel Ott of the New York Giants became the first manager to be ejected from both games of a doubleheader.

June 9, 1949 – The Monroe Journal reported that three Monroeville, Ala. baseball players who had participated in three or more Dixie League games were hitting above the .300 mark for the season. They were Joe Tucker, who was hitting .386; “Nub” Stacey, who was batting .318; and Coach LaVaughn Hanks, who was hitting .302.

June 9, 1949 - Foy F. Feagin, 56, prominent Monroeville druggist, died suddenly of a heart attack shortly before nine o’clock on this Thursday morning while at work in his store. He was the owner and operation of the Monroeville Pharmacy. Born on Nov. 28, 1892, he was buried in the Hillcrest Cemetery in Monroeville.

June 9, 1961 – While three children “watched in horror” on this Friday afternoon, Dennis Gross, 55, and Joe Nathan, 24, drowned in a pond behind Gross’ home on the old Evergreen-Castleberry Road, about a mile south of P.J. Godwin’s. Both men drowned when Gross tried to save Betts from downing in the pond.

June 9-10, 1964 - About 50 youths were expected to participate in the Evergreen Rotary Club’s Fifth Annual Conecuh County 4-H Fish & Wildlife Camp on this Tuesday and Wednesday, according to Camp Director Elbert Williams. The camp was located at Tal Stuart’s Pond near Belleville, Ala.

June 9, 1964 - In reply to a formal question submitted by President Lyndon B. Johnson – “Would the rest of Southeast Asia necessarily fall if Laos and South Vietnam came under North Vietnamese control?”–the Central Intelligence Agency (CIA) submitted a memo that effectively challenged the “domino theory” backbone of the Johnson administration policies.

June 9, 1965 – During the Vietnam War, the Viet Cong commenced combat with the Army of the Republic of Vietnam in the Battle of Đồng Xoài, one of the largest battles in the war.

June 9, 1965 – The civilian Prime Minister of South Vietnam, Phan Huy Quát, resigned after being unable to work with a junta led by Nguyễn Cao Kỳ.

June 9, 1966 - Minnesota set a Major League Baseball record when they hit six home runs in one inning. First baseman Don Mincher, a native of Huntsville, Ala., was one of the six Twins to hit a home run in the seventh inning of that game against the Kansas City Athletics starter Catfish Hunter and reliever Paul Lindblad. The others were Harmon Killebrew, Tony Oliva, Rich Rollins and Zoilo Versalles.

June 9, 1966 - Evergreen merchant Elbert Calloway Northcutt, 73, died in a Mobile hospital on this Thursday morning. He was a leading merchant in Evergreen who had been active in the clothing business there for over 54 years. Northcutt was born in Monroe County, the son of the late Sarah Tom Morris Northcutt and James Nelson Northcutt. He moved with his family as a young boy to Conecuh County, residing there until his death. He was married to the former Ella Henderson on Dec. 25, 1915, they having celebrated their Golden Wedding Anniversary on Christmas 1965, and she survived him. Northcutt began working as a clerk with F.L. Riley Department Store as a young man of 19. After several years association with that firm, he joined the staff of I. Long & Sons Dept. Store and worked with them until he opened his own business, Northcutt’s, also known as the New York Cash Store, in 1935. Although his business was twice destroyed by fire, Northcutt through good management and personal knowledge of the people of the area, built up over the years one of the leading men’s and boys’ stores in this area. Born on Oct. 21, 1892, he was buried in Magnolia Cemetery in Evergreen.

June 9, 1969 – Thomas Charles Littles of Brooklyn, Ala. arrived in Vietnam. He would later be fatally wounded.

June 9, 1972 - Part of a relief column composed mainly of South Vietnamese 21st Division troops finally arrived in the outskirts of An Loc.

June 9, 1972 - John Paul Vann, the senior U.S. advisor in the Central Highlands, was killed in a helicopter crash, probably shot down by a North Vietnamese unit.

June 9, 1977 – Oakey Streak Methodist Church near Greenville, Ala. was added to the Alabama Register of Landmarks and Heritage.

June 9, 1978 – The Church of Jesus Christ of Latter-day Saints opened its priesthood to "all worthy men," ending a 148-year-old policy of excluding black men.

June 9, 1978 - A merger of Uriah Middle School and J.U. Blacksher High School in Uriah was approved on this Friday by the Monroe County Board of Education. Beginning in the following fall, kindergarteners through twelfth-graders were to attend classes on the J.U. Blacksher campus. The middle school enrollment was low and students they did not have a library, lunchroom or gymnasium, Schools Superintendent James Allen said.

June 9, 1991 – Susan Harper, who lived at 226 Elizabeth St. in Evergreen, celebrated her 100th birthday with a party at her residence. She was presented a Key to the City of Evergreen by Evergreen Mayor Lee Smith.

June 9, 1994 - Lisa "Left-Eye" Lopes of TLC set fire to her boyfriend's house. Her boyfriend was Andre Rison of the Atlanta Falcons.

June 9, 1998 – David C. Fleming, who taught vocational agribusiness at Evergreen High School for 30 years, was inducted into the Future Farmers of America Wall of Honor during the FFA state convention at the Montgomery Civic Center.

June 9, 2000 - The U.S. Justice Department announced that it had not uncovered reliable evidence of conspiracy behind 1968 assassination of Martin Luther King Jr.

June 9, 2004 – Pro Football Hall of Fame tackle Rosey Brown died at the age of 71 in Mansfield Township, New Jersey. During his career, he played for Morgan State and the New York Giants. He was inducted into the Hall of Fame in 1975.

June 9, 2016 – The Clarke County Democrat published a story about a family at Gainestown being harassed by a Bigfoot-type creature.
Posted by Lee Peacock at 7:25 AM