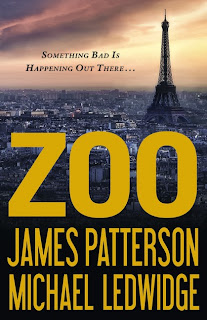 Today is Sunday, so that means that it’s time for my weekly breakdown of this week’s Publishers Weekly Best-Sellers Lists. According to those lists, there is only one new book at the top of the four major best-sellers lists this week.

"Sycamore Row" by John Grisham remained the No. 1 book on the hardcover fiction best-sellers list for the third week in a row.

There was only one new book on this week’s hardcover fiction best-sellers list - "Winners" by Danielle Steel, which was No. 15 on the list.

There was only one new book on this week’s hardcover nonfiction best-sellers list that wasn’t on the list last week - "The Daniel Plan" by Rick Warren, which was also No. 15 on that list.

There were three new books on this week’s mass market paperbacks best-sellers list that weren’t on the list last week. Those books (and their places on the list) included "Touch & Go" by Lisa Gardner (11), "The Tenth Circle" by Jodi Picoult (12) and "Lone Survivor" by Marcus Luttrell (13).

There were four books on this week’s trade paperbacks best-sellers list that weren’t on the list last week. They included "12th of Never" by James Patterson and Maxine Paetro (6), "The Wolf of Wall Street" by Jordan Belfort (8), "I Declare" by Joel Osteen (12) and "Brain on Fire" by Susannah Calahan (14).

As a reminder, I’m posting these lists each Sunday because they, as a whole, represent a great, contemporary recommended reading list. These lists are initially released each week on Thursday, and if you’re interested in reading them then, visit Publishers Weekly’s Web site at www.publishersweekly.com. Below you’ll find all four of this week’s best-seller lists.

HARDCOVER NONFICTION
1. "Killing Jesus" by Bill O'Reilly and Martin Dugard
2. "Things That Matter" by Charles Krauthammer
3. "Guinness World Records 2014" by Guinness World Records
4. "David and Goliath" by Malcolm Gladwell
5. "George Washington's Secret Six" by Brian Kilmeade
6. "The Pioneer Woman Cooks" by Ree Drummond
7. "I Am Malala" by Malala Yousafzai
8. "Si-Cology 1" by Si Robertson
9. "The Bully Pulpit" by Doris Kearns Goodwin
10. "Miracles and Massacres" by Glenn Beck
11. "Let Me Off at the Top!" by Ron Burgandy
12. "Happy, Happy, Happy" by Phil Robertson
13. "Break Out!" by Joel Osteen
14. "The Duck Commander Devotional" by Alan Robertson
15. "The Daniel Plan" by Rick Warren

TRADE PAPERBACKS
1. "Miss Kay's Duck Commander Kitchen" by Kay Robertson
2. "Hyperbole and a Half" by Allie Brosh
3. "Dark Witch" by Nora Roberts
4. "Lone Survivor" by Marcus Luttrell
5. "The Storyteller" by Jodi Picoult
6. "12th of Never" by James Patterson and Maxine Paetro
7. "World Almanac and Book of Facts 2014" by Sarah Janssen
8. "The Wolf of Wall Street" by Jordan Belfort
9. "The Chew" by Mario Batali
10. "Dear Life" by Alice Munroe
11. "Beautiful Ruins" by Jess Walter
12. "I Declare" by Joel Osteen
13. "Where'd You Go, Bernadette?" by Maria Semple
14. "Brain on Fire" by Susannah Calahan
15. "The Casual Vacancy" by J.K. Rowling

In the end, let me know if you’ve had a chance to read any of these books. What did you think about them? Which would you recommend? Let us know in the comments section below.
Posted by Lee Peacock at 7:32 AM