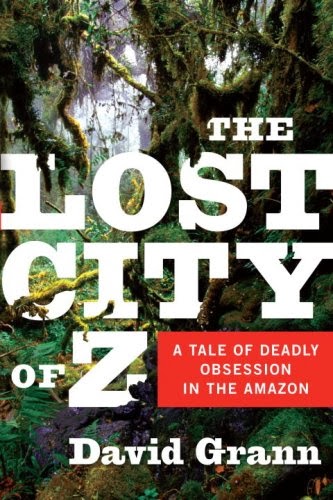 Was Ernest Golsan Holt the closest thing to Indiana Jones to ever come out of Alabama?

That’s a question that came to mind when I recently read David Grann’s 2009 book, “The Lost City of Z: A Tale of Deadly Obsession in the Amazon.” This best-selling and award-winning book takes a fascinating look at British explorer Percy Fawcett, who disappeared without a trace in 1925 while searching for the legendary city of “El Dorado” in the Amazon jungle. The book describes how over the years, numerous explorers and scientists have searched for Fawcett, and how many of them have died or disappeared without a trace themselves.

In 1920, during one of Fawcett’s early expeditions in search of “El Dorado,” which he called “Z” as a codeword, he ran a newspaper advertisement to recruit two more men for his trip. The ad was answered by a 6-foot-5 Australian boxer named Lewis Brown and a 31-year-old Alabama ornithologist named Ernest G. Holt. Holt, who was born in Barachias in Montgomery County in 1889, was an expert on birds and also had a taste for adventure.

Signing up for an Amazonian expedition in the 1920s was akin to suicide. It was, and still is, arguably the most dangerous place on Earth and much of it was unexplored and unmapped in the early 20th Century. The dangers included a rain forest filled with killer ants, electric eels, huge jungle cats, ticks and leeches, piranhas, poisonous frogs, snakes, stingrays, vampire bats and wild pigs. Add in horrible weather, brutal humidity, hostile natives and clouds of stinging black flies and disease-carrying mosquitoes and you have an environment that only the toughest could survive.

The three-man 1920 expedition that included the 53-year-old Fawcett, Holt and Brown also included two dogs, two horses and two oxen. They made the terrible mistake of leaving before the end of the rainy season, and the expedition quickly began to break down. Heavy rains caused their equipment to fail, and Brown lost his mind and had to be sent back to civilization.

They eventually decided to abandon the expedition and made their way back to the city of Cuiaba, Brazil in January 1921, traveling the last 36 hours without a drop of water to drink. “The exit from Hell is always difficult,” Fawcett, a veteran of such expeditions, told Holt. Almost immediately, Fawcett began planning to return to the jungle with Holt, who was still under contract.

Later, the two men had a falling out, and Fawcett informed Holt that he wasn’t invited to take part on the next expedition. Fawcett’s biggest rival in the search for “Z” was Dr. Alexander Hamilton Rice, an American multi-millionaire who spared no expense on the best equipment money could buy, including an airplane. One theory is that Fawcett thought Holt was a spy, who had been planted by Rice to inform on Fawcett’s progress and findings.

As it turned out, Fawcett probably saved Holt’s life. Fawcett’s next expedition included himself, his son, Jack, and his son’s best friend, Raleigh Rimell. They entered the jungle in 1925 and disappeared without a trace. To this day, no one knows what happened to them, and it’s estimated that at least 100 people have died on expeditions trying to find out what happened to Fawcett.

Holt returned to the United States and had a long and fruitful career as one of the nation’s leading experts on birds. He went on to study birds all over the world and worked for years as an ornithologist for the U.S. Soil Conservation Service and as a field biologist for the Bureau of Biological Survey. He also worked for the National Geographic Society in the American Southwest as well as in Argentina, Brazil and Venezuela.

During an expedition to Brazil and Venezuela between 1929 and 1931, he and his colleagues were the first naturalists to summit Cerro Yapacana in Venezuela. He later served as curator at the Carnegie Museum of Natural History in Pittsburgh and as a Sanctuary Director for the Audubon Society. He was elected to the Washington Biologists’ Field Club and served as president of the Society of Wildlife Specialists, which later became the Wildlife Society. Eventually, he headed up the Soil Conservation Service’s Biology Division. For years, he published the ornithology magazine, “The Auk,” and his papers were widely published up until his death in 1983.